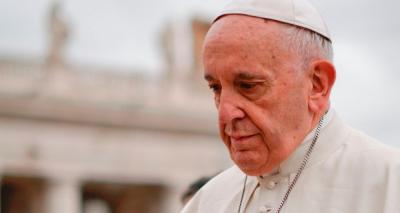 VATICAN CITY – Pope Francis received Chilean cardinals and bishops in the Holy See Tuesday at the start of three days of talks to decide how to punish those who’ve repeatedly covered up sexual abuse scandals by other priests, Vatican sources said.

In recent weeks, Francis has met with some of the Chilean victims of abuse.

In April, he invited the Chilean trio, Juan Carlos Cruz, James Hamilton and Jose Andrés Murillo, who were abused by the serial offender Father Fernando Karadima, to his residence in the Vatican.

He begged the victims for forgiveness, after he dismissed their claims as “calumny” during his visit to Chile in January, and also spoke to them at length about the Church’s internal crisis.

The Chileans accepted his apology, however, pointed out several times that they now wished for this pardon to manifest itself into action.

For this reason, it’s expected that the pontiff will take immediate action to remove all those who concealed and perpetrated the violence, as opposed to simply proclaiming the Church’s zero tolerance on paedophilia.

During their conversations with the Pope, Juan Carlos Cruz, James Hamilton and Jose Andrés Murillo identified some of the key perpetrators in Chile. These include Monsignor Barros, Francisco Javier Errázuriz, who forms part of Francis’ “C9” council of cardinals, and Riccardo Ezzati Andrello, who’s the current Archbishop of Santiago.

Errázuriz will most likely be expelled from the “C9” council and Ezzati will probably be dismissed, along with all the other bishops linked to Father Karadima, including Monsignor Barros.

The meeting was being attended by 31 bishops and auxiliary bishops, as well as two emeriti.

The Vatican outlined: "The goal of this long 'Synod process' is to discern together, in the presence of God, everyone’s responsibility with regard to these devastating wounds, as well as examine the adequate and lasting changes that will prevent these eternally reprehensible acts from being repeated. It’s essential to restore the faith in the Church through good pastors, who testify with their lives to have known the voice of the good shepherd, and know how to attend to the suffering of victims and work in a determined and tireless way to prevent abuse ".

This crisis has undermined the stability of a large part of the episcopate in Chile, however, in order to save the faith Francis will have to take definitive action, Vatican watchers say.