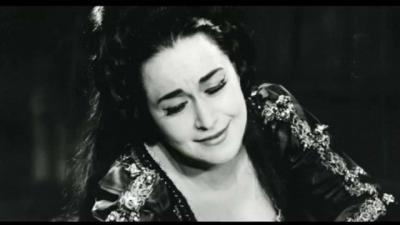 MILAN – An exhibition dedicated to the “Turkish diva” Leyla Gencer is being shown at the Teatro alla Scala on 12 May–16 Sept.

It has been organized by the Embassy of Turkey in order to mark the tenth anniversary of her death.

Gencer (Oct 1928 – May 2008) was a Turkish soprano who spent most of her career in Italy, from the early 1950s through to the mid 1980s.  She was known for having one of the most passionate voices in the history of opera.

She sung in theatres around the world and under some of the greatest Italian maestros, including Vittorio Gui, Tullio Serafin and Gianandrea Gavazzeni.

She also sung at Teatro alla Scala for over 50 years, and became artistic director of the academy in 1982, where she taught opera artists until her death in 2008.

The exhibition, curated by Pier Luigi Pizzi and Franca Cella, will exhibit photos from Teatro alla Scala’s photographic archives, Leyla Gencer’s archives in Istanbul, as well as footage from RAI and RAI Teche.

The Ambassador of Turkey in Italy, Murat Salim Esenli, will attend the inauguration on Saturday. This will then be followed by a meeting and a concert.

The exhibition will then be open to the public on Sunday until mid September, from 09:00-17:30.