Florence Cocktail Week rounds off on a high 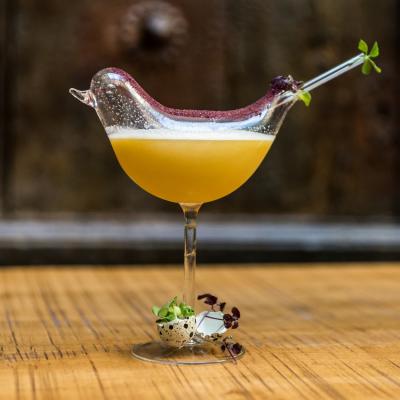 FLORENCE- The third edition of a week dedicated to mixology and new flavours returned to the Tuscan capital city from 30 April-6 May. Full of emotions, taste and culture within a rich programme of events, master classes, night shifts and above all cocktails!

Over 20 of the city's cocktails bars that represent the liveliness of the local bartending among the historic cafes, swanky hotels and trendy hotspots competed for the sceptre of the best professional in the city.

Each establishment presents four custom cocktails crafted especially for Florence Cocktail Week and the resident bartender’s own signature cocktail which automatically enters the contest for the winning drink. Some bars served non-alcoholic options for guests.

The final contest hosted on Sunday 6 May in the Sala Vanni saw the likes of bartenders Lucia Montanelli and Daniele Gentili in the jury along with international guest Philip Bischoff and journalist Federico De Cesare Viola.

Only six bartenders were admitted to the final, preselected by a panel of national and internional experts: Flavio Angiolillo, Diego Ferrari and the American sommelier and beverage director Kristine Bocchino.

However, the winner was Lorenzo Aiosa from The Cloister- Belmond Villa San Michele with his Orient Express Punch.

The week’s highlight was the focus on Italian spirits. A bar was used to showcase the country’s most prestigious at the Franco Zeffirelli Foundation.  Mauro Mahjoub, also known in the trade as the “Negroni King” from Munich’s Boulevardier Bar during FCW18 was warmly welcomed. This was very fitting as 2019 will mark the centenary of the Negroni, born in Florence.

On a more relaxed note, the Pint of View hosted a homemade cocktails-themed class designed for everyday cocktail enthusiasts who have all the ingredients but lack the specialized equipment and don't want to fuss over frills.