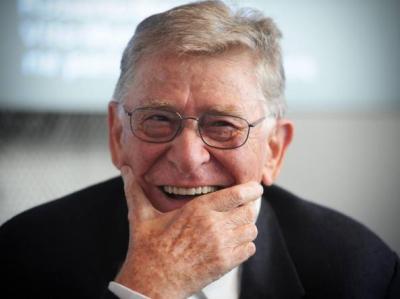 ROME - The beloved Italian film director and screenwriter, Ermanno Olmi, has died at the age of 86, his family say.

He passed away in the hospital of Asiago, surrounded by his wife and children.

He was probably best known for his film The Tree of Wooden Clogs (L'Albero degli zoccoli), which won the Palme d’Or at the 1978 Cannes Film Festival.

Many consider his works to be part of the Italian neorealist movement, however, Olmi used to argue against this classification saying that he was in fact responding against it by using non-professional actors.

Nevertheless, in keeping with the artistic movement, his films usually contain some sort of social commentary and are shot in long, slow takes.

Many of them are inspired by his rural and modest origins; they focus on the lives of ordinary people, nature, and often explore the theme of solitude and its consequences.

Olmi was born in Bergamo, Lombardy, but grew up in the town of Treviglio. His family was deeply Catholic and from a humble background; his father was a railway worker that died fighting in the Second World War.

He attended school in Trevilgio but never completed his studies. After his father died, he moved to Milan with his mother where he joined an acting school called the Academy of Dramatic Arts.

He also found himself a job as a messenger at the energy firm Edisonvolta, where he was asked to organise recreational activities for the employees. Olmi used this opportunity to demonstrate his talent behind the camera; despite having practically no experience, he made dozens of documentaries between 1953 and 1961, including La diga sul ghiacciaio, Tre fili fino a Milano (1958) and Un metro è lungo cinque.

In 1959, his feature film Time Stood Still, which follows the friendship between a student and a guardian of a damn, finally appeared on the big screen.

His next film, Il Posto (1961) was very well received by critics, and from then onwards his career continued to progress.

Mr. Olmi was married to Loredana Detto, who played Antonietta Masetti in his film Il Posto, with whom he has two children: Elisabetta Olmi and Fabio Olmi.

The funeral will take place in private, his family say. 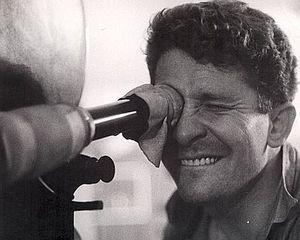