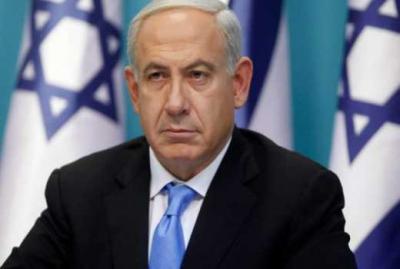 ROME – The Italian Foreign Ministry firmly rebutted Israel’s suggestion that African migrants would be relocated to the country on Tuesday, after the latter’s prime minister, Benjamin Netanyahu, announced a deal with the United Nations High Commission supposedly opening the door to thousands of expulsions from his country.

Speaking of the UN deal on Monday, Israel’s prime minister stated that “this agreement will allow the departure of African migrants from Israel towards developed countries like Canada, Germany and Italy.”

The suggestion that 16,250 people from Eritrea and Uganda would be sent to Western nations over a period of five years was meant to counteract the failure of another of the leader’s plans, rejected by Israel’s Supreme Court, to return migrants to Africa in return for cash payments.

Instead, it landed them in a diplomatic storm, with Italian authorities reacting furiously to the suggestion. “There isn’t any deal with Italy between Israel and the UN High Commission for their relocation,” a terse press release stated. German authorities also denied any knowledge of an agreement.

That led the Israeli government to suspend the project with the UN. The prime minister’s office argued that “Italy was only an example of a Western country: the Prime Minister did not mean to specify Italy.” Likewise, in a late-night post on social media, Netanyahu said he had decided to “rethink the terms of the accord.”

Netanyahu’s actions on the issue appeared to have alienated both friends and foes alike, in one of the country’s most toxic problems.

The initial plan to return the migrants to Africa triggered widespread opposition from within Israel.

Doctors, academics, holocaust survivors, writers and rabbis all signed appeals to stop the move. Likewise, nearly 25,000 people took to the streets of Tel Aviv to protest the plan, whilst Rwanda and Uganda backed away from a deal after it emerged that force could be used on migrants being “exchanged.”

Similarly, the “unprecedented understanding” with the UN hailed by the prime minister went down terribly with his deeply conservative base. Education Minister, Naftali Bennett, accused the government of turning Israel into “a paradise for infiltrators.”

Netanyahu’s hard-line Likud party consider those who have made it to Israel as economic migrants, denying any refugee status. Around 40,000 migrants from Eritrea and Sudan entered the country between 2005 and 2012, after the Egyptian authorities began cracking down.

Eventually, the Israeli government built a wall along the Sinai border to drastically cut the numbers crossing in 2012.