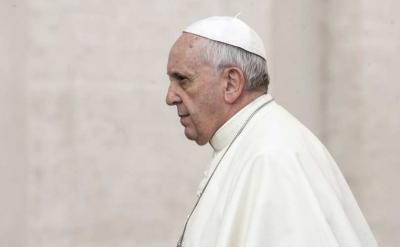 VATICAN CITY – Pope Francis used a meeting with the youth at the pontifical college of Maria Mater Ecclesiae in Rome on Monday to launch a stern attack on the issues of human trafficking and prostitution, labelling them “crimes against humanity.”

Francis argued that these “crimes grow out of a sick mentality according to which women must be exploited. There is no feminism that has that has been able to remove this mentality from the male conscience or the collective imagination.”

This disease, this way of thinking is a crime against humanity,” he added.

Francis’ comments came with a pointed attack on thinking in Italy. The pontiff noted that “here in Italy, speaking of clients, it is likely that 90 percent are baptised, Catholics.” He asked for the pardon of all those who supported the industry and take part in “this criminal act.”

The Church has taken a strong stance on the issue in recent years, according to la Repubblica, arguing that prostitution is nothing more than slavery under another name. Pope Francis spoke about his own experiences meeting with victims of human trafficking.

“It is hard to believe,” he told the gathered audience, “one was kidnapped in Moldova and brought bound to Rome in the boot of a car. Those who come for example from Africa are deceived that there is a job. Those who resist are tortured and sometimes mutilated.”

In a wide-ranging speech, the pope also lambasted Italy’s poor youth unemployment rate, currently running at around 35 percent, claiming that society was responsible.

“Young people,” he suggested, “are often marginalised from public life and forced to bed for jobs that do not guarantee a future.” Directly addressing the young Catholics assembled to hear him, Pope Francis noted that “too often you are left alone.”