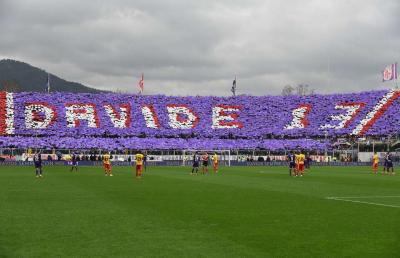 ROME – The weekend was certainly won by the tributes to Davide Astori, most notably the moving tifo at the Stadio Artemio Franchi reading “Davide 13”, as Fiorentina played their first match since their former-captain’s tragic death last Sunday. The game was temporarily stopped after 13 minutes, the number Astori wore on his back, as the stadium remembered their leader with a poignant minute’s applause. Astori’s replacement at centre-back, Vitor Hugo, scored the only goal of the game, celebrating by raising a t-shirt which displayed a picture of his predecessor. An important victory for Fiorentina, but this game will be remembered for the fitting send off the club gave their captain.

Juventus sealed off a fine few days, snatching top spot away from Napoli as two goals from Paulo Dybala earned them a trouble-free 2-0 victory against Udinese. Dybala opened the scoring with a sublime free kick and finished off a neat move as Argentina teammate, Gonzalo Higuain, who earlier failed to convert from the spot, slid Dybala in behind the defence to put the game beyond doubt.

In the relegation battle, Crotone secured vital points in a hugely significant, if not unexpected, 4-1 win at home to Sampdoria. The fourth goal came in an embarrassing mix up between Matías Silvestre and keeper, Emilio Viviano, which the pair will not want to see again. Sassuolo and SPAL fought out a 1-1 draw – a result which leaves neither team totally satisfied as relegation rivals Verona closed the gap on the neighbours with a 1-0 victory over Chievo.

Ciro Immobile saved Lazio’s blushes, striking in the 95th minute to level in a 2-2 draw away to Cagliari. The Sardinian side will no doubt consider this result a vital point in their struggle to beat the drop.

Meanwhile, back in the capital, Roma strengthened their Champions League charge with a 3-0 win over Torino. The result however, doesn’t reflect what proved to be a hard-fought match as the visitors dominated much of the first-half.

In a highly-anticipated clash, Inter Milan squared up against a Napoli side looking to reclaim their spot at the top of the Serie A. Hoping to reinforce the sincerity of their Champions League aspirations, Inter almost took the lead, hitting the post early in the second-half. Insigne went closest for the visitors, flashing a long-range effort just wide, but Napoli were ultimately left frustrated and held to a 0-0 draw. Their city rivals, however, squeezed past Genoa, with a first Serie A goal for André Silva. The 1-0 victory came as a much-needed boost following the Europa League disappointment against Arsenal.