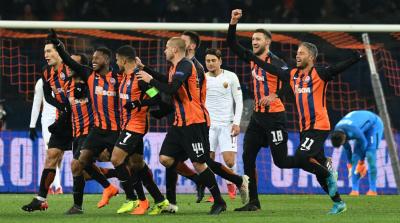 ROME – AS Roma threw away a lead in the OSK Metalist Stadion in Kharkiv, succumbing to a 2-1 defeat away at Shakhtar Donetsk that leaves them needing a win on the return leg to stay in the Champions League.

Roma have now failed to keep an away clean sheet in 26 Champions League fixtures and will be frustrated at the end result after having created a number of chances in the first half.

It took until the 41st minute for Roma to finally break the deadlock, Cengiz Ünder scoring after Edin Dzeko cleverly slipped a pass in behind the Ukrainian side’s back four on the edge of the box to release the 20-year-old, who was making his first start in the competition.

That goal made Ünger the youngest ever Turkish goalscorer in the competition and placed him in a select group of players to have scored in their first Champions League fixture, such as Wayne Rooney and Zlatan Ibrahimović.

However, after the break momentum shifted to the home side. In the 52nd minute, Shakhtar’s Facundo Ferreyra was finally played in behind, neatly turning the helpless Kostas Manolas before sliding a finish past Roma’s keeper, Alisson Becker.

Becker did his best to keep Roma in the game as Shakhtar grew in stature, but even he was left flailing when Fred produced a wonderful dipping freekick to give Shakhtar the advantage.

Attention will now turn to the Stadio Olimpico in early March, where Roma will have to produce a more professional display to stay in Europe’s headline competition.