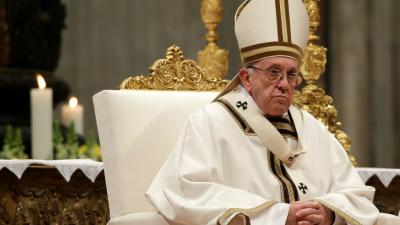 VATICAN CITY – Pope Francis was aware of claims of an alleged cover up of paedophilic abuse in Chile by Bishop Juan Barros as early as 2015, having received a letter from one of the abuse victims, even though he previously denied ever having seen evidence, Italian newspapers reported this week.

Barros has been a source of controversy ever since his promotion to Bishop of Osorno in 2015. At the time protestors disrupted his ordination, claiming that he had known of the prolific child abuse by Father Fernando Karadima.

Juan Carlos Cruz wrote to the pope after hearing about Barros’s promotion. Cruz was quoted by La Stampa newspaper saying that he was “driven to write to you because I am tired of fighting, crying and suffering” and that the new role for Barros had come “as a very great shock to me and very many others.”

In the letter’s most damning section, Cruz alleges that “when we were in a room with Karadima and Juan Barros, if Barros wasn’t himself kissing Karadima, he watched as one of us, one of the younger ones, was touched by Karadima.”

“Juan Barros witnessed all this on countless occasions, not just in my case but in the case of others as well.”

Cruz alleged that both Barros, and three others who are now bishops, had not only covered up Karadima’s abuse but had been victims themselves, firmly stating that “they too were touched inappropriately by Karadima.”

The letter contradicts the pontiff’s recent comments whilst on a visit to South America that there had been no evidence to proceed against Barros.

La Stampa quoted an American agency interview with Marie Collins, a victim herself of abuse and a former member of the Vatican Commission for the Protection of Minors, who said that the commission had passed on the letter to Cardinal Sean O’Malley, President of the Commission and that, in turn, he had confirmed that it had been seen by Pope Francis.

Before writing to Francis, Cruz also alleges to have made overtures to Chile’s nuncio, Ivo Scapolo. “I immediately wrote a denunciation of Barros to the nuncio in Jan 2015,” he detailed, “whom we had tried to meet but who had never had the courtesy of receiving us.”

Cruz continued that “it is one thing, the tremendous pain from the abuse, much of it sexual and psychological, which we have been placed under. Maybe however, what is even worse is the terrible maltreatment we have received at the hands of our pastors.”

The revelation arrives as Archbishop Charles Scicluna of Malta prepares to head to Chile on a brief from the Vatican to investigate claims against Barros.