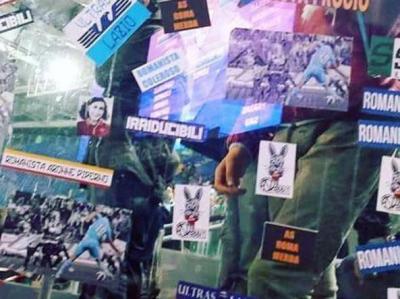 ROME – Lazio have been fined €50,000 by the Italian Football Federation (FIGC) following the distribution of anti-Semitic stickers of Anne Frank in the kit of arch-rivals, AS Roma, by Lazio’s Irriducibili ultras.

The FIGC prosecutor, Giuseppe Pecoraro, had requested that sections of the ground be closed but the tribunal decided to go no further than to fine the club for the incident. The judge justified the decision on the basis that the club had done all it could to prevent the incident, that the stickers were the work of only a handful of fans and small enough to avoid detection by stewards.

Lazio’s manager, Filippo Inzaghi, had argued on Jan 20 that the club “has already paid enough. We had two games without the curve. The club has always stood against all forms of racism, anti-Semitism and violence."

The stickers were posted in the south curve in Oct 2017, the section of the ground from which Lazio’s ultras watch their team. Claudio Lotito, the club’s president, reacted by pledging to organise an annual trip to Auschwitz in order to educate fans.

However, the saga has been bubbling away since then, with the Irriducibili refusing to take to the stands when Lazio players responded to the incident with shirts bearing the face of Frank and proclaiming “No to antisemitism.” Likewise, there were accusations that fans had sung fascist songs and saluted at an away game in Bologna.

Even the Italian prime minister, Paolo Gentiloni, felt compelled to remind Lazio that the stickers were “unacceptable.”

At the time, the Italian football federation ordered every team to hand out copies of Primo Levi’s holocaust memoir, “If this is a Man”, and read from Anne Frank’s diary. But the occasion was marred in Rome and Turin with fans turning their backs and drowning the readings out with songs.