Cardinal warns the NL not to go back to 1938 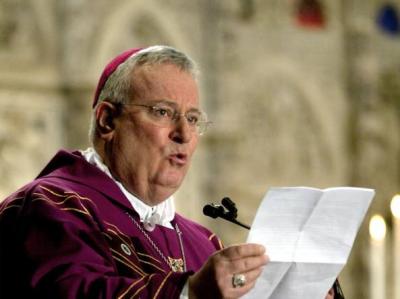 ROME - Cardinal Gualtiero Bassetti, president of the Italian Bishops Conference, has warned the country of repeating “a dark page in the history of our country: the racial laws of 1938” due to the xenophobia and false promises from politicians in the lead up to the general election.

"We must react to a culture of fear that, even if in some cases understandable, can never turn into xenophobia or even evoke discourses on the race that we thought were permanently buried," continued the Cardinal.

His statements are a clear reaction to the Northern League’s candidate for Governor of Lombardy Attilio Fontana’s comments about immigration threatening to “eliminate the white race.”

Northern League’s Roberto Calderoli said in response, "I have already said and repeated several times in recent weeks that the CEI should not do politics and keep out from the debate. But since our bishops, with their head, Cardinal Bassetti, continue to invoke the reception of immigrants … I ask myself a question: why In the meantime, do not they begin to welcome them, in the Vatican State, starting them to set a good example?"

Cardinal Bassetti reemphasised that the Church “is not a party and does not make agreements with any political subject … as Pope Francis said 'dialogue is not negotiating.'"

Leader of the Northern League Matteo Salvini responded more diplomatically by saying he "did not see this as an attack" and that he wishes to set up a formal meeting with the Cardinal in order to explain the policies of the party.