Italy, Islam, and face of the nation 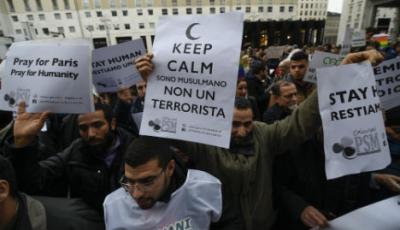 ROME - The hijab has become a poignant symbol of the status of Muslims in Western states. A sign pinned up in on a door in the Administrative Court of Emilia Romagna in Bologna read:  "anyone who intervenes or attends the hearing can not carry weapons or sticks and must stand bareheaded and in silence."

Unfortunately for a young lawyer of Moroccan descent, the hijab is non-negotiable. After refusing to remove her hijab, she was made to leave.

While western states pride themselves on secularism, the separation of religious institutions from the state, one must ask how far this mentality is responsible for instances like this.

As Alessandro Ferrari wrote in an article for the international centre for law and religious studies, the the presence of the crucifix in state institutions such as courts and classrooms, supported by the majority of Italians as an expression of national identity.

Some judges have reportedly refused to practice in rooms in which the crucifix is displayed, however, this move towards secularism presents a new issue as Ferrari says:

“What the history of the crucifix issue seems to say is that a particular interpretation of national identity prevails on both the neutrality of institutions and individual rights [which] would also be violated by some draft laws which propose to ban the burqa from the public spaces, considering it as a symbol of Islamic fundamentalism directed against both women and national security.”

Essentially, there is no way of the Italians to justify one religious symbol while condemning another. Their attempts to do so only highlight the fact that Islam is considered actively contrary to the nation while Catholicism is so deeply routed in Italian society that it’s symbols may be considered a begin expression of Italian identity.

Italy’s opinions on whether or not one can be Italian while worshiping other religions or belonging to other ethnic groups is not a marginal issue. Attilio Fontana, the northern league candidate for governor of Lombardy, defended his statement that “we have to decide if our ethnic group, if our white race, if our society will continue to exist or if it will be eliminated” with that statement "Italy [should] change the Constitution because it is the first to say that there are races."