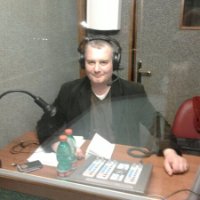 Christopher Altieri in the old Vatican Radio broadcast booth above St Peter's Basilica, at the far end of the Hall of Benedictions. Photo: Chris Altieri

VATICAN CITY – Mornings will not be the same for tens of thousands of expatriates in Rome and elsewhere in 2018 after the Holy See over the past few months axed Vatican Radio's long-running English and French main morning and lunchtime news programmes as part of budget-saving reforms of the tiny city state’s media operation.

Christopher Altieri, the respected anchor and news editor of the English service of Vatican Radio, made his last broadcast as anchor for the radio station last Saturday. Just a tiny number of news programmes accessible online only may survive the cuts being implemented and listeners who used to enjoy the incisive bulletins by Mr Altieri and his team and their highly-professional French counterparts now have to make do with a brief bulletin of news in Italian.

The cuts have been implemented with surprisingly little fuss. When I worked for the BBC External Services in Bush House as a trainee talks writer nearly 40 years ago proposals by the British Foreign Office to cut some language services to save money were met with a public outcry in the UK and the FCO mandarins were forced to back down.

In Rome, instead, the Italian media and the sleepy diplomatic corps have virtually ignored the demise of the two radio news services and the job losses entailed for dedicated broadcasters most of whom were paid a fraction of what they might have earned in their home countries for similar work. Against a background of relentless political interference with Italy’s beleaguered state broadcasting corporation RAI, the English and French services of Pope Francis’ station were on the whole a remarkable source of objective news, invaluable to the foreign press corps and other foreign communities not least because the BBC World Service in the meantime has ended its short-wave transmissions to most of western Europe.

Indeed the history of Vatican Radio as a beacon of free news goes back to the Second World War, when for example its Polish service continued to beam independent reports on events in Poland even when the Eternal City surrounding the Vatican was under Nazi occupation.

Of course anyone technologically savvy enough can still listen to the BBC World Service on a computer, but it would be impractical to set up a laptop in the bathroom while shaving, an activity that for journalists is as inseparable from listening to the news during their morning routine as nursing a hangover or lighting the first cigarette.

On 27 June 2015, Pope Francis, in a motu proprio ("on his own initiative") apostolic letter, established the Secretariat for Communications in the Roman Curia, which absorbed Vatican Radio effective 1 January 2017, ending the organization's 85 years of independent operation

On March 24 last year, Vatican Radio made its final English-language shortwave transmission to Asia after 59 years of service to the continent.

Vatican Radio has been losing money annually. With its absorption into the Curia's Secretariat for Communicationsm, the Prefect of the Secreteriat, Monsignor Dario Vigano indicated that he planned to pare down short-wave radio operations and institute cost control measures in the service's other broadcast operations

A Vatican radio source told the Insider:  “the English section recognizes the loss of the morning news bulletin as a significant one for the listening public, both locally – in Rome and throughout Italy – and, more importantly, around the world.”

“It was, however, an operational necessity. The reform of Vatican media underway under the direction of the Secretariat for Communications is interested in two things -- lowering costs of operation and bringing the ‘message’ under control.”

“These goals appear incompatible with the independent (in an editorial sense) and autonomous (in an institutional sense – remember that ‘Vatican Radio’ no longer exists as an editorially independent and institutionally autonomous outfit, but is in essence a brand name recalling journalistic activities that were the stock-in-trade of the leading language sections of what used to be Vatican Radio.”

The demise of the English service to a shadow of its former self, together with the debalce of the French service, raises the question whether Rome might see a revival of one of the other English radio services that provided news and entertainment in Italy in the past including WIDN, the radio arm of the International Daily News, and the radio service of the old Rome Daily American, both publications that went out of business in the 1980s. 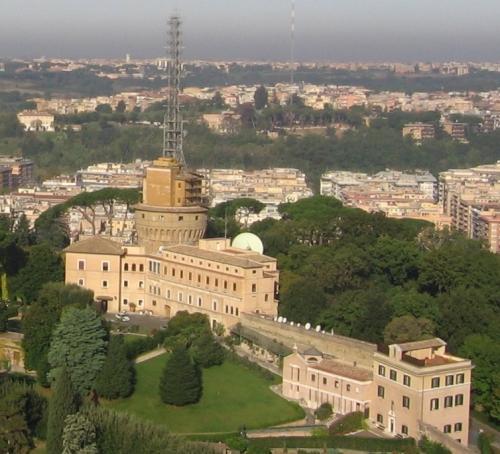 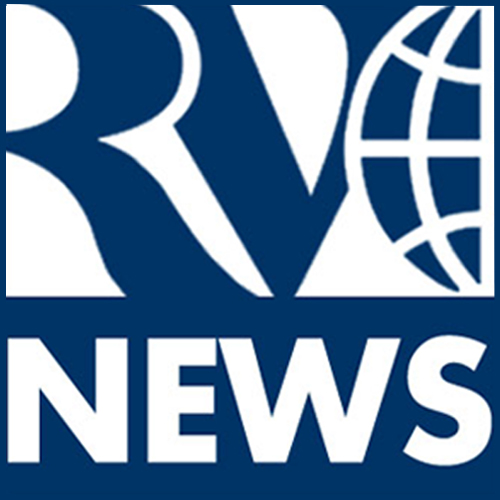