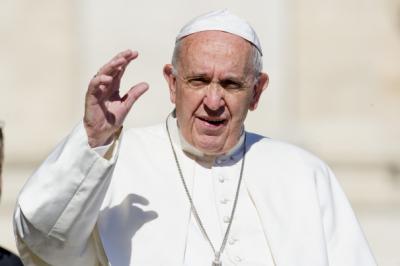 VATICAN CITY - Sundays are are a treasured day for rest that enables us to live fulfilling lives, Pope Francis announced to the congregation at his weekly address Wednesday. The pope declared that not working on Sunday is a Christian invention and that not adhering to it is to essentially submit oneself to slavery.

“Sunday abstention from work did not exist in the first centuries: it is a specific contribution from Christianity. It was the Christian sense to live as sons and not as slaves brought to life by the Eucharist to make Sunday, almost universally, the day of rest.”

To Christians, Sunday is made holy by the celebration of the Eucharist, the living presence of God among humans. The pope explained that honouring this tradition allows believers to draw “from the energy provided by the inexhaustible source of the Eucharist.”

“Without Christ, we are condemned to be dominated by the fatigue of everyday life, and the fear of tomorrow. The Sunday meeting with the Lord gives us the strength to live today with confidence and courage and to go toward with hope.”

The message of using Sundays as a respite from other forms of work has also been promoted to non-Christians by the Cardinal Gualtiero Bassetti, the president of the bishops. At a conference in Cagliari, the Cardinal explained that “Without Sunday we cannot live. For us believers, it means that without meeting in assembly to celebrate the Eucharist, we would lack the strength to face daily difficulties and not to succumb. But the secular society also needs Sunday, it is needed in the life of every man, it is needed in families to find time and ways to meet, it is needed in the quality of relationships between people.”