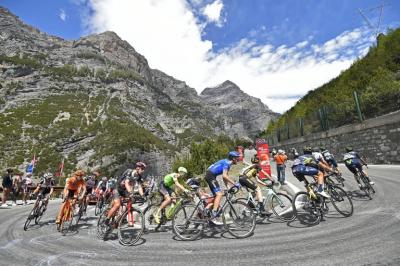 ROME - The Israeli authorities threatened to cancel the start of the upcoming Giro d’Italia cycling race as the organisers referred to the starting point as “West Jerusalem” in their advertising leaflets. The name refers to the time when the city was divided between Arab and Israeli-occupied halves following the Six Day War in 1967. Race organiser Mauro Vegni took advice from the Italian foreign ministry in referring to the start point in this way. He said that “the reality is that we want it to be a sports event and stay away from any political discussion.”

Miri Regev, the Israeli Minister of Sport, and Yariv Lenin, the Minister of Tourism, had threatened to pull funding from the 101st edition of the race, but have subsequently backed down after the race organisers removed the reference. Initially, the Ministers referred to the publications as “an infringement of the agreements with the Israeli government. If this is not changed, Israel will not participate in the event.”

The Giro d’Italia organisers have defended their words in a note saying that they “are attributable to the fact that the race will take place logistically in that area of the city. It is emphasized that this wording, devoid of any political value, was however immediately removed from any material related to the Giro d’Italia.” The Ministers appear to be satisfied with the reply, telling journalists that they were “delighted” by the rapid rectification of the mistake.

The race will take place on May. 4 and is designated to go through the Tower of David and the Jaffa Gate, and from there through Jerusalem. This edition of the race is the first time that the competition will take place outside of Europe, as the three first stages will take place in Israel. The Israeli authorities helping to co-ordinate the event have said last month that they were delighted to hold the event, and called it the largest and most prestigious sporting event ever held in Israel. They also announced their expectation of tens of thousands of tourists and fans to take to the street in support.