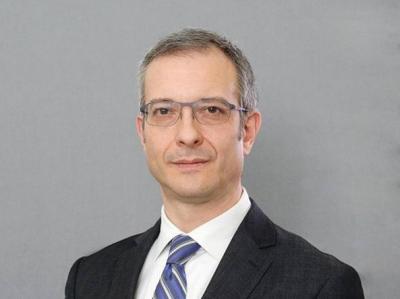 ROME - Giulio Mattietti, Deputy Director of the Institute for the Works of Religion, more commonly known as the “Vatican bank,” has been forced to resign under mysterious circumstances. On Wednesday, Mattietti was escorted past the city wall by the Gendarmerie, the militarized police of the Vatican.

Mattietti had worked for the IOR since 1995, became head of an IT division in 2007, and took the position of deputy director in 2015. The situation surrounding Mattietti’s dismissal remain mysterious.

The leading theory as to why Mattietti was fired and escorted from the Holy See, a symbol of disrespect, relates to the former Auditor General of the Vatican Accounts, Libero Milone. Conflicting accounts of Milone’s departure from the bank in June muddy the exact truth, however, it appears that he either was forced to resign or outright fired due to accusations of money laundering.

Milone claims that internal, Machiavellian, politics of the bank led to him being targeted by someone within his own office. In an interview with Roma Courier, Milone claims that the Gendarmerie tried to intimidate him into resigning by threatening to keep him overnight in prison.

Former director of the Vatican’s Financial Intelligence Authority, Francesco De Pasquale, said to Formiche of the attempted reforms  in Vatican protocol to combat money laundering in 2014, “everything had to be built. There was no control at the IOR, they did what they wanted. [Some executives] acted in the name of the institute running a wave of subtractions. In short, you could do anything.”

Milone claims that the implementation of reforms was a wasted effort. "I see the difficulty of reconciling theoretical principles with practice. But rewriting standards would be a huge step backwards from adapting to international standards. The control loops would have much to complain about.”

Former chief executive, Paolo Cipriani, and his right hand man, Massimo Tulli, were sentenced in Italy last February to 4 months for violating anti-money laundering rules. Mattietti was elected into his position as deputy director partially due to Cipriani’s recommendation, however, it is reported that their relationship does not extend further than this.

It is unclear if Mattietti’s dismissal concerns money laundering or the bank’s famously volatile internal politics. No charges have been filed in the Vatican or in Italy, and an official comment is yet to be released.