Pope Francis hits out at selfies in Mass 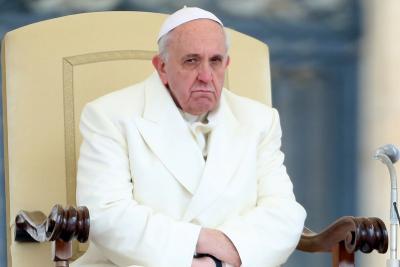 ROME - Pope Francis appeared uncharacteristically annoyed by his congregation in a speech he gave on Wednesday. The pontiff pleaded with people to stop chatting and taking selfies during Mass.

The pontiff, loved by the world over for his calm and kind demeanour, has apparently been drained of his saintly patience as he had to explain that “taking out your phone to like a photo on Facebook” might not be fully embracing the spirit of Mass.

"Do you think that if we went back in time and met the man we know as Jesus he would allow us to take photographs, to do a little show for us? No, because it is Jesus. We would be better off in silence, weeping, in joy of being saved,” said the pope to an audience trying to subtly put their phones back in their pockets.

He continued, “It’s not a show. Mass is the memorial of the Mystery of Christ. It makes us take part in his victory over sin and death, and give full meaning to our lives."