Tits and Tips, more wholesome than it sounds 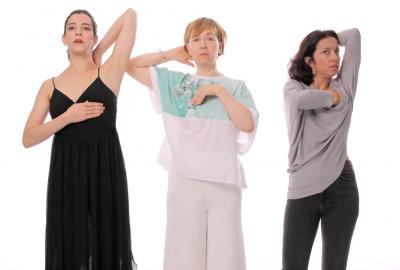 ROME - I showed up to the Teatro Piccolo Eliseo knowing next to nothing about the show I was about to see. A mysterious man named Francesco emailed the Insider requesting for me to come to this play, Tits and Tips. My girlfriend laughed that I was probably going to a strip club and to try not to spend all of my euros. I showed up early on the opening night for the promise of free sangria and nibbles, the other members of the audience seemed as in the dark about what we were about to see.

The lights went down and a projector lit up a screen with videos of women, fully clothed, speaking. One spoke in English, I think about the Canadian corn industry, I was very confused. One by one they appeared on stage under a spot light, they all seemed angry. Was it one of those pieces; were they angry with me for showing up? No. It wasn’t and they weren’t.

The play bounced around from seemingly disparate plots, I didn’t follow totally but I didn’t mind. At one moment a mother was neurotically speaking to her daughter on the phone in Spanish, the next moment a man and a woman were speaking about the pains of adoption in English, the next a woman finds out that she is pregnant in Italian. I was impressed by how comfortable I was with watching this play given that I could only understand a quarter of the dialogue.

As the plots slowly intertwined the family connections became clearer, the relationships deepened by virtue of context. I admit I sat there watching the faces of the cast, their movements, enjoying that physical Latin expressiveness that is so alien for an Englishman, enjoying myself but wondering also, if like Chekov’s gun, the title would necessitate nudity. There was one point at which three of the women performed a mammary examination on themselves in what I can only describe as a Jacobean dumb show. They pulled it off, figuratively.

I actually connected to this play a good deal. My family is spread across the globe and has three native languages. I can only speak English sadly. Theatre has the unfortunate tendency towards the dramatic and serious, a cheap way of representing the worst aspects of real life under the pretence that those moments are the rule and not the exception. This play did not fall for that mistake. Complex themes like generational perspectives, friendship, maternity, and globalisation were explored with the kind of humour and everyday fortitude that most of us meet the day to day challenges that add up to life.

The show is on until Sunday. Tickets are available from the link below: 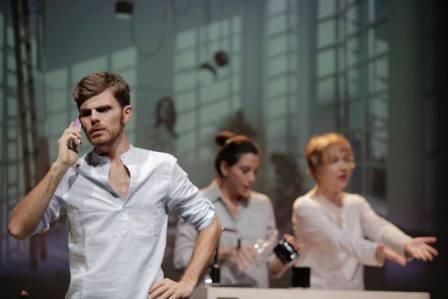