Crowdfunding appeal to save Tuscan church 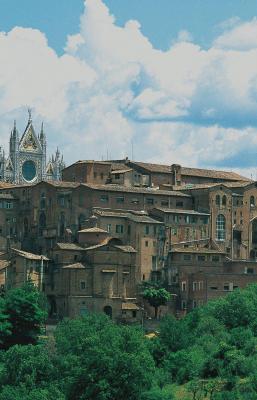 ROME- While in very recent years crowdfunding has become a legitimate way to raise money for things as far apart as university education and creating the world largest jockstrap, its origins are both old and artistic. Perhaps the first crowdfunding ever was set up to finance the building of the Statue of Liberty in 1884. As a symbol of civic union, it was just natural for common people to contribute to its creation.

The Church of St. Sebastian (''Chiesa di San Sebastiano''), in the historical ‘‘Contrada (borough) della Selva’’, is a great example of this shift from individual to mass patronage. Erected in the 15th Century by a group of wealthy merchants in the textile trade, it is now a common good, open to anyone and everyone.

In recent years, the late-renaissance frescos which adorn the Church have been deteriorating at an alarming rate. This has made the local Contrada (owner of the Church) start a crowdfunding campaign aimed at raising money to restore one of its most precious public work of art. The aim of the campaign is to raise 70,000 euros, which would enable the repairing and preservation of priceless artworks such as the ‘’Madonna’’ by Francesco Martini.

According to the organisers, if this campaign proves successful it will bridge the divide between citizens and artistic heritage, making the Church a truly public good, just like the Statue of Liberty became a symbol of popular participation in creating public art.

The crowdfunding campaign is currently active, and can be found at:  https://www.indiegogo.com/projects/save-the-church-contrada-della-selva-...