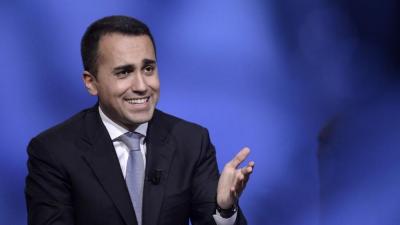 ROME- If one could summarise in one word the Italian political developments of the last five years, ‘’anti-politics’’ would be it. But the attack on old political apparatus such as the party system engendered the rejection of the political ‘’old guard’’ and seasoned politicians. It is in this context that one has to understand Luigi Di Maio’s success in the Movimento 5 Stelle (M5S) primaries, which place him on the road to become the world’s youngest national leader at 31.

Seeing experience in politicians as a liability is by no means the exclusive prerogative of the M5S. Matteo Renzi himself, Italy’s former Prime Minister, rose to power after the ‘’scrapper’’ campaign of his Partito Democratico (PD), which tried to rejuvenate the left’s aged political vanguard with fresh blood. After all, associating old political parties and structures with silvery-haired men in their mid-sixties is common, making the rejection of the former coincide with the rejection of the latter.

But there is something inherently ageist about M5S’s ideology which, despite being best described as incohesive and baffled, seems to rally around this point of principle: it is time for the old political class to retire, and leave the reins of government in the inexperienced hands of the new generation.

In the M5S, having stood for election for any position with another party virtually bars the entry to the executive positions in the movement, even if the previous political activities were before the movement was founded.

Luigi di Maio is not only young, but lacks any substantial achievements or valid experience at an executive level. Young di Maio, after finishing high school, attended the University of Naples’s faculty of engineering, changing to the law faculty after a while. He never managed to finish his degree. After that, the new leader of (arguably) Italy’s biggest party worked as a web designer until his election to Parliament after M5S’s unexpected success. 189 online votes sufficed to secure the parliamentary primaries, the process by which the movement selects those who will occupy the seats won in the elections, for di Maio.

If di Maio were to secure the position of Prime Minister for himself, that would not be the only youth-related record he would hold.

By his own admission, di Maio managed to be elected within parliament to the position of Vice President of the Chamber at the eve of the formation of this parliament. The reason for his being elected the youngest Vice-President ever at age 26? His promise to stop referring to MPs with the courtesy title of ‘onorevoli’ (honourable). Even an important position such as Vice-President of the chamber does not give di Maio any real experience, and dissent and polemics over his victory has shaken M5S. Such polemics are not only unhelpful, but also puzzling. It was always going to happen.

When a party spends the past half-decade undermining the political establishment and hurling ageist rhetoric at the political class, when a party bans professional politicians from standing for the party, when the lack of a coherent ideology forces heterogeneous factions to bond over populistic points such as the rejection of professional politics, the rise of a di Maio is always bound to happen, for the party is made up of di Maios.