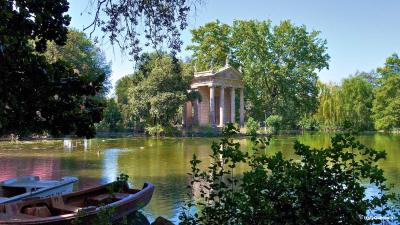 ROME- A 57-year-old German woman was raped and then tied up and gagged during the night between Sunday and Monday. The rape happened in Villa Borghese, the huge park in the heart of the city.

The woman was found by a taxi driver who was driving through the park at about 1am and who raised the alarm. Apparently the woman was found with her wrists and ankles knotted together and a handkerchief stuffed into her mouth to stop her from being able to call for help.

The man stopped, untied her and called the police. Police from Villa Glori police station and forensic police came.

The woman was clearly in shock, reported Il Messaggero. She was taken to a hospital where doctors found signs of sexual violence.

“He grabbed me by the hair, hit me and raped me. At a certain point, I managed to escape but he caught up with me, tied my wrists so that I couldn’t move and continued to abuse me” said the shocked German citizen.

This news comes at the same time as a female doctor was apparently raped by a 26-year-old Italian man, in her surgery in Sicily and follows a string of attacks and rapes that have occurred in the country this past month.