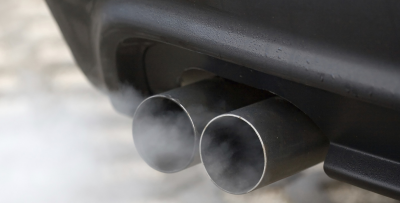 ROME- According to a study carried out in Norway, Italy has the worst rates in Europe of exhaust fume linked deaths. Throughout the whole continent, in the past year, there have been 4,560 recorded deaths linked to diesel emissions, 1,250 of which were in Italy.

These excess emissions are causing many more deaths in Italy than anywhere else in Europe, according to a study carried out by the Norwegian Meteorological Institute and the International Institute liasa.

This high rate of deaths linked to car exhaust fumes in La Bel Paese, is reported to be linked to the fine dust produced by diesel-powered vehicles and the effects it can cause on people’s health. The 1,250 deaths in Italy were apparently laboratory certified as being caused by or connected to the fumes.

Following Italy came Germany, with 960 deaths, then France with 680. At the opposite end of the scale were Norway, Finland and Cyprus.

There are particular concerns for industrial Northern Italy as it is so “densely populated” explained Jan Eiof Jonson, from the Norwegian Meteorological Institute.

According to the study, if these diesel-run vehicles had had lower emissions, like those run on petrol, three-quarters of these premature deaths could have apparently been avoided.