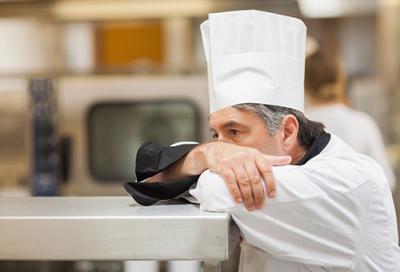 ROME- The death of Mario Santilli aged 49 in Milan last week, from a presumed overdose, is the last show of the hidden reality within the restaurant profession as well as the former VIP chef.

Mario died on Saturday in poverty in his campervan in Milan; he was trying to get a fresh start but was struggling to start up again. He was once the head of a famous Italian restaurant, “La dolce vita”, in Pune, near Mumbai in India and was once named the third best chef in India. Here, his restaurant was frequented by VIP celebrities and famous politicians alike. He fled India in 2008 after being threatened for having spoken out about Indian police and mafia and then moved to Abruzzo, which he left after the 2009 earthquake. He then moved to Milan to live in a campervan.

There is a hidden reality behind the appearance of the glamourous lifestyles chefs and restaurant owners are depicted as leading. They are shown to be driving their brand-new car and well acquainted with celebrities who dine in their restaurants with whom they take pictures; they seem to be living a life of the rich and famous.

I think one of the first shocking chef deaths was Bernard Loiseau who killed himself in 2003; he is said to have feared his restaurant would lose a Michelin star and would be declassed to 2 stars from 3 stars. More recently, Benoit Voiler, once named the world’s best chef, killed himself in 2016 due to serious financial difficulties.

Those two suicides highlight the reality behind the fancy glimmer of the famous chef’s lifestyle. The death of Santilli signals a trend of the same professional malady suffered by many others; 95 percent of chefs are said to suffer from depression, along with many engaging in alcohol and drug abuse.

The constant pressures that chefs and restaurateurs suffer are numerous. They working long hours and continual travel like a damned soul, which, beyond the difficulties this poses on a personal level, makes it difficult to uphold a family too. Moreover, the new and horrifying social media frenzy means that passionate chefs who give their all to their work are beheaded like a French king on Internet guillotines; the number of cases like this is becoming way too many.

A few years ago, I bought a book called ‘A day at El Bulli’ and the chef –author’s unhappiness was manifest on his face on his photograph inside the book. This was just before I opened my new restaurant in New York. A months later Ferran Adria announced the closing of El Bulli in 2012, a strange move for a restaurant that was reviewed as the best in the world and whose waiting list was composed of reservations years in advance.

Most recently Heston Blumenthal has pointed out how much work, pressure and sweat has gone into his success. Long 16 hours work days were accompanied by financial insecurity, and he even admitted to almost closing a few times; he had not become rich suddenly despite his popularity amongst customers.

All these stories reveal a hidden reality: chefs’ lives are not as glamourous as they appear to be and they don’t ‘get rich quick’ like many people think.

Many people leave good day jobs to start a restaurant where they are faced with this truth. Many get into the profession not having a clear idea of what they are doing and often without proper training. All that pretending to be chef does is lower the standards; given the current notion that ‘the customer is always right’, restaurant professionals are often treated as nothing more than slaves by customers.

Moreover, the number of family-owned restaurants is falling significantly; the are no longer as many of the type of restaurant that we loved when we were children and when going out was a treat, when kids had to sit on their chair without disturbing others and where the menu was the menu and not a list of grocery items to mix and match.

It saddens me to write this but it seems that restaurants are slowly fading into a new standard of mediocrity. The people that work in the profession are no longer working for professional certified restaurants and the best food critics are being detrobed by the number of stars that many “new social media critics “will award you, regardless of their lack of knowledge and experience and affected by their moods and sometimes their affiliation with competitors.

In fact, I shall be closing my restaurant in New York too; I have had enough like many but I try not to be swept up in the storm and now I only cook for those who “deserve it.”

I hope that whoever reads this article, the next time they get to a restaurant they will think about it, be more understanding and stop staring at their phone . Enjoy the meal, enjoy life and look for great food.  If you don’t like your dish, remember that you are in a restaurant and be happy.

Vincenzo Pezzilli has worked as a top chef in China, Italy and New York for the past 25 years. He moved to New York in 1997 after working with renowned chef Paul Bocuse and worked upwards through the city’s classic Italian restaurants, such as Coco Pazzo. In 2012, he opened his own restaurant in New York Gastronomia Culinaria. 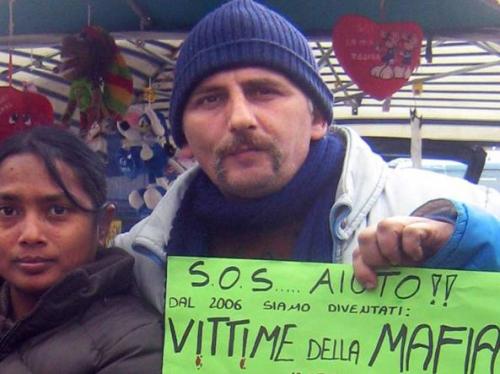