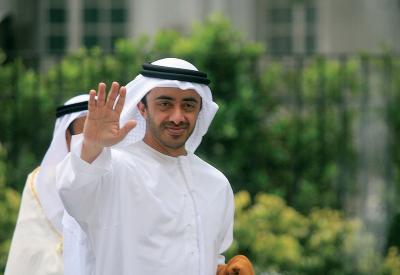 ROME - It is understandable that the recent steps taken by the United Arab Emirates, Saudi Arabia, Egypt, and Bahrain to end Qatar’s support for extremism and terrorism has been met with surprise by some within Italy. It is also clear that recent developments have raised concerns and again drawn into question the prospects for stability in the Middle East region.

I consider it therefore essential to strongly affirm to the Italian Government and its people, that the UAE, alongside its partners, did not take recent actions in respect to Qatar impulsively or lightly.  Nor did we do so in order to escalate tension in what is already a complex regional environment.

At the very heart of these actions, was a desire to end what we, and many other countries in the international community have long recognized as the Qatari Government’s entrenched support for a range of extremist actors and terrorist groups.

Consistently the UAE, in cooperation with friends such as Italy, have sought to bring about an end to violence and conflict in our region. From Libya to Syria, the Emirati and Italian Governments have stood as one in our shared resolve to build stability, defeat terrorist groups, and prevent the spread of extremist ideologies. However, time and time again, our efforts have been hampered by those who finance, arm, and provide an international platform for terrorist groups to continue upon their path of destruction.

Unfortunately, the Qatari Government has played an outsized role in providing such support to some of the most dangerous individuals and groups who pose not only a threat to the Middle East, but also to the international community.

This support has been systematic and state-supported. The Qatari Government has provided millions of dollars in financing and the provision of military materiel to violent terrorist groups, including the Al-Qaeda-affiliated Al-Nusra Front in Syria, as well as the February 17 Martyrs Brigade in Libya, both of whom have committed some of the most shocking atrocities in these conflicts.

Beyond this direct support to terrorist groups that has fueled instability from the shores of the Mediterranean to the heart of the Middle East, Qatar also continues to provide sanctuary to scores of UN, EU, and US designated terrorists who have made Qatar their second home. Just as alarmingly, these same individuals have been allowed to use Qatari-based media networks as an open and conducive platform to legitimize their extremist ideologies, and spread their hateful views throughout the world.

These actions do not only impact Qatar’s neighbors, they also directly affect countries such as Italy. Over a number of years, Italy has felt the full force of the violence and instability taking place in Libya. The ascendency of Qatari-supported terrorist actors in Libya has made the country a hub of crime and a conduit for the current migrant crisis, which has acted as a considerable burden upon the shoulders of the Italian people and economy.

For many years, we have sought to encourage Qatar to rectify its activities and stances to no avail. Therefore, in an effort to convince Doha to finally cease its destabilizing behavior in Libya and elsewhere, the UAE, alongside with Saudi Arabia, Egypt and Bahrain, was given no other choice but to take these actions. These measures have been intended to persuade Doha to change its behavior, and we have highlighted the steps that Qatar needs to take in order to normalize relations.

However rather than seeking compromise, Qatar has instead sought to deny its involvement with extremists and terrorists, and obfuscate the actual matter that remains at hand. While the UAE is disappointed by Qatar’s continuing stance, we remain committed to a diplomatic solution to this issue, while ensuring that we continue shoulder the burden in confronting all forms of extremism and terrorism.

During this visit, I look forward to further elaborating on the UAE’s views on this issue with the Italian leadership, and to discuss our two countries’ ongoing cooperation not only in Libya, but also in Syria and Iraq. Furthermore, this visit will provide an opportunity to continue building upon the strong bilateral non-oil trade that reached dlrs 8.2 billion in 2016, and to further solidify the close people-to-people ties that have underpinned our dynamic bilateral relationship.

The UAE truly values its relations with Italy, which we see as an important partner in addressing issues of stability and security, and in supporting our mutual growth and prosperity. The shared values and common interests that underpin our enduring partnership continue to strengthen and align, and the UAE looks forward to further building upon these relations to the benefit of both our countries and towards the common causes we hold dear.

His Highness Sheikh Abdullah bin Zayed Al Nahyan is the Minister of Foreign Affairs and International Cooperation for the United Arab Emirates.