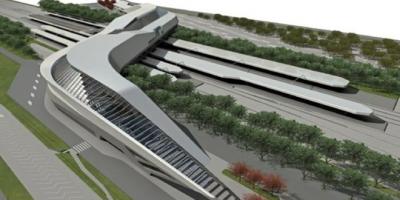 NAPLES – As the south of Italy gets ready to inaugurate its new high-speed train hub the first week of June, many are concerned about a station sceptics have coined ‘a castle in the desert’.

Described by CNN reporter Kate Springer as “a high speed station destined to redefine the way people travel by train, with its white sculptured facades similar to a snake,” it has already been deemed as the most beautiful architectural work in 2017, drawing international attention.

Cement, metal and glass form its central body. It’s wonderful sinuous structure rises to railroad tracks 350 metres long making up an extended pedestrian gallery that gives way to train platforms. With a future commercial area to be located on the top floor, surroundings to include an extraordinary natural and technological park, the premises will boast bright illumination thanks to a 5,000 square metered solar powered skylight.

While the beauty of the station is undeniable, a practical question arises: was this 60 million Euro investment necessary in such an off-hand location when Napoli Centrale already exists?

Everyday, 36 trains will transit through the Campania hub junction: 18 heading towards North and the other half going South. With high-speed service already available at the nearby central city station, many fear the impossibility of creating efficient synergy between the two stations.

In reality, the audacious project started far back in 2003 but was then driven to a halt, leaving many sceptical about ever really finalising the revolutionary station.

With the project’s revival attributed to Tuccillo’s administration that took office in 2013, “together with the government and the Campania Region we have offered a concrete answer to the inertia of the passed years,” continues the mayor, “obtaining Pact for Campania financing for the connection between the station and the Naples metro. This station has always been one of my top priorities and, with great satisfaction today it is transformed in an opportunity for growth and development for the large metropolis area, where Afragola becomes a candidate for the a role as a forerunner in the re-launching of Campania and the entire south,” he explains.

“Our timetable has been respected and the grand opening ceremony has been confirmed for June 6,” reiterates Engineer Maurizio Gentile, Managing Director and General Director of Italian Railway Network (RFI) after asserting that the Afragola station has passed inspection. “With the presence of Prime Minister Paolo Gentiloni, the Afragola hub will officially open its doors and welcome a first operative phase,” he explains. “Then, from June 11, with new hours, trains are going to stop here: in all there will be 36 trains, both from Trenitalia and NTV; we will be connecting Afragola to all the cities served by the high speed system, even Reggio Calabria,” he concludes in response to the great concern surrounding the real importance of the station often nick-named as a castle in the desert.

Located in an isolated area travellers and commuters are not used to, the future hinterland station has caused much discussion. “Afragola has a user potential that is quite extensive,” defends the Director, “that extends across several different provinces. I disagree with the preconceived pessimistic view of the new hub:  let us let the train station start running and give the passengers a chance to get to know and discover its advantages and potential.”

Before the ribbon-cutting ceremony, passengers have been rattling about potential disadvantages of rerouting trains to the new station and ending daily commuter trips to and from Rome in the hinterland, having to continue on to the Parthenope City by other means.

“Of the 36 trains, 32 of these will stop at both stations, with unvaried travel time from Napoli Centrale to Rome. Synergy is the key word here: the two stations serve complementary but different basins and territories,” reassures the engineer referring to the metropolitan station 20 kilometres away. So, the hub will not substitute Napoli Centrale nor inconvenience travellers by stopping in Afragola, forcing them to detour from their usual commute to the big metropolis. As Director Gentile emphasizes, the new station has surged to serve passengers who are currently forced to reach the big city when they really would prefer to leave from Afragola and head straight north or south. 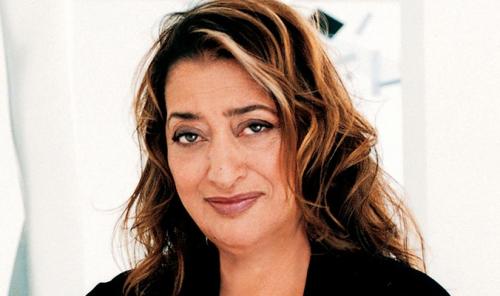