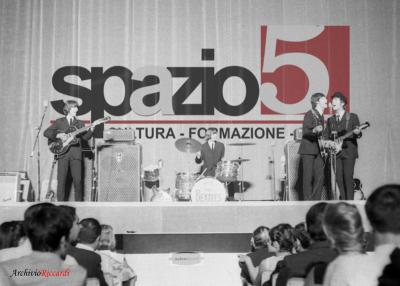 ROME-- Friday April 21 till 27 there will be an exhibition of photos from the Beatles’ historic concerts in the Eternal City in June 1965.

The Fab Four performed four concerts in two days, June 27 and 28 1965, at the Adriano Theatre. Carlo Riccardi, one of the most renowned Italian photographers, covered the visit, taking pictures of the security guards, the fans, the press conference and, of course, the concert itself. What we’re left with today is magnificent- offering a unique insight into one of the key events of the swinging 60s.

From this collection, Maurizio Riccardi and Giovanni Currado have picked the 20 most remarkable photograph,s which will be exhibited in Rome for the first time in many years at Spazio5, Via Crescenzio 99/d from April 21 to 27.