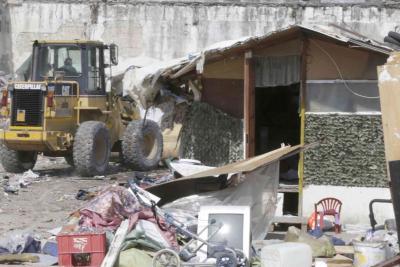 NAPLES- Authorities, security officers and city employees equipped with bulldozers arrived at two Roma community camps in Via Brecce S. Erasmo located in the Poggioreale quarter to evacuate the sites, believed to be the biggest of their kind in Italy. At least 800 people were moved out on Friday but it was unclear how many may have remained homeless as a result.

Local police started clearing out barracks and constructions at dawn following a precautionary court order measure issued by the Public Prosecutor’s office. Magistrates are also considering charges for invasion of public soil, unauthorized management of waste and building in absence of permits. The current investigation under way has already evidenced that the area under question is private property that has been abusively occupied by as many as 225 Roma community members, of which 75 minors, that have built over 100 abusive barracks.

Guaranteeing what officials insist was 'a smoothly run operation,' social assistants and Welfare Services for the New Poor and Social Emergencies were equally present together with local police for the protection of minors and various local volunteer associations during the dismantling of the sites.

Both camps were without any running water and lacked any system for the distribution of electricity. In addition, the inhabitants of the camps reportedly were living in hygienic and sanitary conditions defined as frightful, due to the presence of special and dangerous waste that posed real health risks.

"The dwellers were living in an alarming hygienic situation,” said Councillor of Welfare Roberta Gaeta. “ We have assured everyone an alternative solution through the our Deledda centre and another new community centre, giving priority to the more fragile family units.”

Of the 800 occupants found living in intolerable conditions, with their consent, 28 families, totalling roughly 280 people, were transferred to the new living settlement built by the City of Naples in via Riposo. The area had previously been occupied by another Roma community camp before being reclaimed. Equally with their consent, other families were move to the Grazia Deledda community centre in Soccavo. The rest either found a living solution independently or decided to return to their home country, officials said, playing down persistent reports that hundreds of people would be left homeless.

As per the European Community 2011 programme for Roma community integration, Friday’s operation is part of Naples ongoing implementation plan for Roma community. In compliance with the Italian Ministry programme that outlines local and state authorities work together, the southern urban area now calls upon greater regional policy capabilities to take the lead in this growing continental issue.

“In light of this dramatic situation and other Roma communities present in the city, urgent intervention of the Region is evermore necessary, as the National Inclusion Strategy of Roma Sinti and Nomads foresees,” the council member added, emphasizing what she said was the innovative approach Naples has adopted that bases its programme on direct contact with the Roma community.

European Union officials recently disclosed they had stopped short of sending a report to Italy critical of its policy toward the Roma population and underlining that racism against Roms in the peninsula is among the most prevalent of any EU member state.

Due to the unfinished Roma community camp being built by the city on the north side, the evacuation and destruction of the abusive settlement in Via Riposo had already been put off several times. 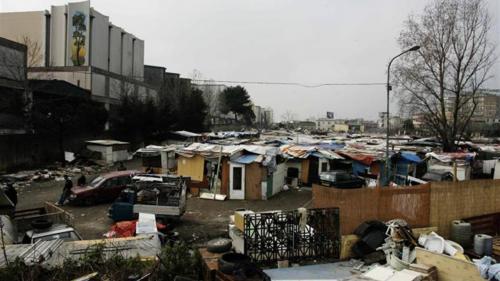 The camp before the bulldozers arrived
Italy
Property