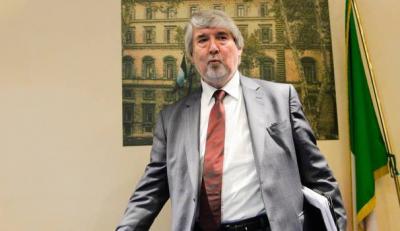 BOLOGNA-- Giuliano Poletti, the Minister of Labour, has put his foot in it once again with his most recent comments on young people in the world of work. The minister addressed students at the professional technical institute Manfredi-Tanari in Bologna, telling them that when searching for a job “human relationships are more important” and you’re more likely to get a job “playing five-a-side football than handing out CVs”.

The focus of the talk was apprenticeships. According to Poletti, “the relationships that are fostered during the course of an apprenticeship build trust and therefore create work opportunities.”

The political world reacted instantly, with the MPs from the Five Star Movement slating the minister, “Poletti delivers his umpteenth useless speech, and what’s more, a slap in the face for many young unemployed people. There are no words left to describe his lack of awareness. It’s time to give him the red card.”

“Trust is definitely key, but it seems odd that a minister would say that there are more work opportunities playing 5-a-side football than handing out CVs…if minister Poletti wanted to be ironic, very few people have understood him” added Antonio Misiani from the Democratic Party.

Poletti responded to these criticisms saying “I have never belittled the value and usefulness of a CV. I have merely highlighted the importance of building personal relationships, which can be developed outside of a school context.”

This isn’t the first time the Minister of Work and Social Policies has sparked controversy with outrageous comments, having been recorded previously as saying that Italy won’t suffer from the immigration of hundreds of thousands of young graduates, going as far as to label them “in the way.”