Short-term lettings: will Rome bite the hand that feeds it? 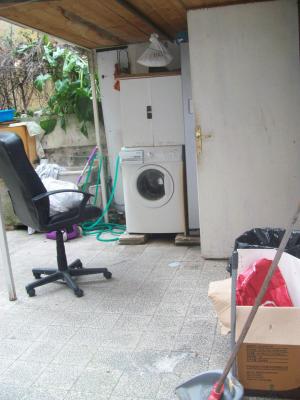 ROME--A firm knock on the door. “Polizia!” In the hallway, there are three police officers in civilian. They knock on each door and ask everyone inside the room the same three questions: When did you arrive in the B&B? How long will you be staying? Could you please show your ID?

The police officers are friendly and speak English to lodgers who do not master Italian. “You’re not in trouble,” they assure every lodger. They have more difficulty, however, with the Chinese owner of the B&B. Apparently, the woman speaks neither Italian or English.

While one of the police officers is inspecting the terrace, another checks whether the B&B is clearly indicated on the doorbell.

The “Voice of Roma” comprises two adjacent apartments whose front doors stand open all day. On one of the doors still figures the name of the previous, Italian resident. The officers conclude that the woman is not running a B&B, but an illegal hotel.

Every lodger in “The Voice of Roma” booked a room through the internet –most of them used Booking.com. Websites like Booking.com compose the sharing economy. The sharing economy, also called peer economy, consists of people with excess capacity and who are willing to monetise that capacity.

Via Cairoli, a run-down street near Termini station, accommodates 3 hotels. In this street, Booking.com shows 15 listings and competitor Airbnb 20. The sharing economy claims both ‘guests’ and ‘hosts’ will discover cultures from around the world. Airbnb promises its guests an experience no hotel could ever give them -- to live like a local, among locals.

At the building’s entrance and in its patio, not a single resident answers to a friendly “Buongiorno.” Since the “Voice of Roma” opened, the palazzo lives to the rhythm of trolleys rattling over the patio’s cobblestones. One evening, when fixing a bike to a wall, a resident comes asking what is going on. These residents used to have neighbours they knew. Now, they have different neighbours every two to three days. On the Airbnb website, one of the hosts in Via Cairoli warns potential guests: “Do not ring other people’s doorbell.”

During the police inspection, it turns out the Chinese woman is not the owner of the B&B. After the police officers have left, she makes a phone call. From then on, the three mobile phones that lie on the desk next to the computer keep buzzing.

Landlords earning in a few days the equivalent of a monthly rent leave the practical aspects of their business to informally-employed staff: a youngster who checks guests in and out, a cleaning lady who tidies the place, a nearby retiree who fixes the plumbing or heating, or a foreign woman who does not know the local language and who stays in-house 24/7.

“The Voice of Roma” is situated behind the imposing Radisson SAS building. This international hotel operator invests heavily in infrastructure, complies with labour legislation, respects all safety regulations and pays VAT and income tax. On the terrace of the “Voice of Roma” stand a washing machine and furniture covered by tents. The police officers noted that a kitchen had been improvised on the terrace and that an interior wall had been torn down.

Every morning, people search for leftover food in Via Cairoli’s fruit and vegetable market. Most are overseas refugees who have been sleeping rough. Yet, the sharing economy hosts aren’t interested in exploring cultures that cannot afford 50 €/night.

The sharing economy is what it says: an economy. Silicon Valley-based Airbnb for instance commercialises its homely image in 197 countries. The company is worth $30 billion, more than traditional players like Marriot and Hilton. With pricing based on the laws of Supply & Demand, disrespect for rules and taxes, and generating more return on capital than on labour, the so-called alternative economy is highly conservative: like a genuine rentier economy it favours the have to the have not.

Highly profitable short-term lettings eat in the available housing stock. In Rome, Airbnb lists 20,729 lodgings. According to a survey that was carried out by Incipit Consulting, 7 out of 10 listings in Italy concern an entire home and 6 in 10 hosts advertise more than one property. These landlords aren’t sharing, nor are they peers.

In Via Cairoli, Airbnb host Sergio explains he is listing on Airbnb to pay his mortgage. Antonella, a RAI journalist who named the apartment she is listing on Airbnb after her 12 year-old daughter, says she hopes that, one day, the apartment will belong to her daughter. A study by ING bank states that short-term lettings drive up real estate prices because buyers are prepared to take a larger mortgage when they can make extra money letting their property on short-term rental platforms.

A couple of blocks north, at the same side of Termini station, lies the Monti neighbourhood. Traditionally a popular neighbourhood, it houses artisans, carpenters in particular.

Yet, one neighbourhood business after the other disappears and is replaced by a business that caters to tourists -- bike rentals and wine bars are crowding out carpenter workshops.

Since the 90s, council estate lodgers, among which elderly and handicapped, have been evicted from their apartments. Many of these privatised apartments now appear on Airbnb. In order to live like a local among locals, tourists pay a day rate equalling their neighbours’ monthly rent.

Next to Via Cairoli, at the other side of Termini station, lies San Lorenzo, a popular student neighbourhood. Though Rome’s student lodging –“posto letto”, “singola”, “doppia” – is highly profitable, Airbnb will soon make many a student discover cultures from around the world -- having to wake up every 2 to 3 days to a new flatmate who goes through your belongings and who will ask you how to get to the Coliseum, where to go out and where to dine. Gradually, illegal hotel rooms will replace “singolas”.

According to Federalberghi, Italy’s hotel industry federation, Italy faced 73.8 million undeclared lettings in 2014. The federation has launched a website, www.turismoillegale.com. It lists the criteria each type of lodging has to comply with.

A B&B like “The Voice of Roma” for example may not count more than three rooms, comprising of 6 beds, and has to be inactive for 120 days per year. On this website, people can anonymously denounce illegal short-term lettings and Federalberghi will then ensure that “inspections will be carried out by the competent authorities.”

Undeclared lettings caused in Italy in 2014 €2.4 billion of lost income tax and € 57 million of lost sojourn tax. A study commissioned by an US hotel trade group found that 30 percent of Airbnb’s revenue comes from illegal hotels. Around the globe, legislators intervene. AirBnb has had to settle agreements with the cities of New York, London, Paris, Sydney and Amsterdam and faces trials in San Francisco and Barcelona.