Football commentary: I wandered lonely as a Claud 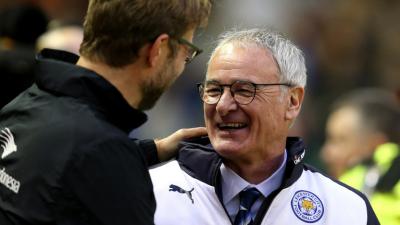 MANCHESTER – The first major silverware of the English footballing season was up for grabs at Wembley on Sunday as Manchester United defeated Southampton in the EFL Cup Final by a margin of 3-2. This scoreline was due in no small part to the fine goal scoring form of mercurial striker, Zlatan Ibrahimovic, who netted twice to sink a spirited Southampton side. This particular victory also ensured that the Red Devils surpassed Liverpool as England’s most decorated club, in terms of major honours collected.

While on the subject of trophies won, perhaps the most astounding fact to come out of Sunday’s match was the statistic that Jose Mourinho has become the first manager in Manchester United’s history to win a title during his first season in charge. It was a visibly moved Mourinho who lifted the cup yesterday and despite the fact that the Portuguese attempted to be nonchalant after the final whistle, there was no hiding the fact that this trophy goes some way to rebuilding an ego which took a severe battering, after the calamitous start to the season last year at Chelsea.

If anything, Chelsea’s failings last year only serve to reinforce both the competitive nature of English football and the fact that it is extremely difficult to deliver continued success. If managers at clubs with the financial might and stature of Manchester United and Chelsea struggle, what chance is there for the rest?

There is however one man who might have a different opinion on delivering success in a debut season. Arise Sir Claudio Ranieri. In unquestionably the greatest underdog, Cinderella and fairy-tale story in the history of the sport, the Italian took perennial relegation fodder, Leicester City, to the Premier League title last season.

Perhaps unsurprisingly his team have failed to reach similarly heady heights this time round but with 12 games to go Leicester lie above the relegation zone and are still competing in the last 16 of the Champions League, Europe’s premier club competition. When coupled with the fact that Leicester lost their midfield lynchpin N’Golo Kante to the sunnier climes of Kensington and Chelsea during the summer transfer window, the team’s current position, while being from ideal, isn’t exactly a disaster.

However, rewind a few days and following a solid performance away at Sevilla, the Leicester City board took the unbelievable decision to sack Claudio Ranieri. A disgrace, a backstabbing or just downright sad are a few ways the event has been described by pundits across Great Britain.

Football managers and high-profile coaches including Eddie Jones and Jurgen Klopp have come out in support of the Italian with Jose Mourinho even attending a pre-match interview with the letters CR embossed on his chest. Far from improving the mood around Leicester City and the King Power Stadium, the board’s decision only served to plunge the club into confusion.

Arguably, it is even more implausible that the directors appear to have no firm idea on a replacement for Ranieri. Currently the net seems to be narrowing on Nigel Pearson, a controversial figure, and the polar opposite to Claudio. Whereas the classy Italian is often lauded for his gentlemanly qualities and his position as an all-around good guy, Pearson has the grace of a reversing combine harvester. Let’s not forget that this is the same manager who called a journalist “an ostrich, stupid and daft” before being fired a year later under a cloud, following his son’s role in the production of an unsuitable video on a pre-season tour.

Other potential replacements include Alan Pardew and Roy Hodgson, hardly the most aspirational of names it has to be said. It would surely have been a better option to give Ranieri the final 13 games of this season to save his beloved champions from relegation, than allow a perpetual failure the opportunity to fail once more.

It may be too simplistic a view but as is often the bottom line, in this case, the decision comes down to results versus respect. Mourinho commented that rather than removing Ranieri from his post the club should be re-naming stands and erecting statues in honour of the Italian, yet his departure resembles an all too familiar tale.

Ranieri was in charge of Chelsea at the beginning of the Abramovich era and despite maintaining the support of the fans and guiding his team to a second place finish in the then Premiership, the Italian was dismissed in favour of a young and hungry Portuguese manager (Jose Mourinho). When AS Monaco were relegated from Ligue 1 in 2012, Ranieri was brought in along with club legend Ludovic Giuly in order to stabilise what was a rocky ship. The Italian won promotion the following season and was summarily sacked, in favour of a young and hungry Portuguese manager (Leonardo Jardim). History would dictate that Leicester should now be looking to Lisbon.

However, after a string of similar P45s, a pattern begins to emerge and it seems that Ranieri is universally liked by the supporters of his teams yet remains an easy man to remove. Whether the gentlemanly Italian is just too nice to be a long-term success as a football manager, is a discussion for a different day, but it makes an interesting argument. One thing is a certainty. In one fell sack, Leicester City have gone from everybody’s second team to a club, which would be a popular relegation come May.

As I write, whether down to a change in skill, fortune or momentum, Ranieri’s old team is currently 3-1 up against Jurgen Klopp’s Liverpool, under the stewardship of Craig Shakespeare, a coach unknown to the vast majority of football fans. Leicester are back, Jamie Vardy has two and the good times are returning to the King Power. However, there remains an overwhelming sense of sadness.

“All that's missing from the Leicester 2015-16 box set tonight is a goal from Riyad Mahrez. N'Golo Kante apart,” writes the BBC live commentary.

Incorrect. We’re missing Ranieri, the dilly ding and most importantly, we’re missing the dilly dong. Football fans are renowned for their fickleness but even after this impressive performance, there must be a vestige of sadness pervading through the Leicester faithful. Would this have happened with Ranieri? Could the Italian have turned it around?

Of course, we will never know, but what we do know is that Claudio should have been given the chance.