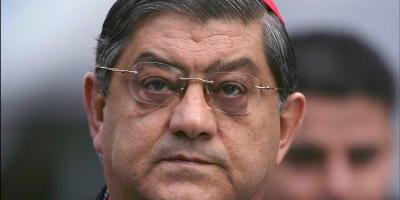 NAPLES -- “With this present letter, I’d like to file a complaint against the Archbishop of Naples, Cardinal Crescenzio Sepe, for severe negligence in carrying out his duty.” That’s how victim "Diego" (given this pseudonym to protect his identity) started a letter he sendt to Pope Francis and Perfect Cardinal Marc Ouellet of the Archbishop Congregation last October.

Subsequent to the canonical law in vigour as of last Sept. 5 that establishes the removal of bishops found guilty of severe negligence in the management of sexual abuse cases involving priests, the pontiff promises to investigate and he does.

According to Diego, Archbishop Sepe is guilty of negligence because the victim’s alleged aggressor is still around children, teaching in a technical superior school in Naples and has never been removed from his duties.

With the terms of the new norm studied over months by a team of jurists appointed by Bergoglio, the Pope intends to create transparency in the management of sexual abuse cases, allowing the victims to obtain compensation where dioceses are found guilty.

While Sepe faces serious accusations, his clerk Luigi Ortaglio confirms the archbishop did indeed receive some letters from the presumed victim and his psychiatrist concerning alleged sexual abuse that took place from 1986 to1992.

Referring to the letters Diego wrote to the curia about when he was a student at Borsi 2 of Ponticelli, claiming to be victim of sexual violence by his religion teacher S.M, who, at the time was assistant priest at Santissima Annunziata of Pollena Trocchia, “the archbishop ordered the General Vicar to investigate immediately,” asserts the clerk.

Subsequently, the presumed victim, his psychiatrist Dr. Alfonso Rossi and the accused priest were heard. “Although the priest denied all accusations and there was no evidence to confirm the presumed victim’s story, both the church and the priest together decided on a sabbatical period way from the parish,” continues the clerk.

It appears that the priest’s mere change of venue, moving to a different school where he continued working with youngsters, was the very cause that led Diego to appeal to the curie.

While years of sexual abuse as a teenager were buried down deep, Diego’s trauma was to resurface only 20 years later with bouts of anxiety and psychiatric therapy.

After filing a police report to local police in 2009 for a crime that was considered statute barred, Diego turned to the church for justice and some peace of mind.

In 2010, he appealed his case to Archbishop Sepe, “without any answer,” he insists in his letter to the Pope.

Diego goes on to share his experience and refers to a church that is completely unprepared to deal with such cases, trying to sand paedophile crimes and protect their own priests, ignoring the trauma inflicted on victims. In his case, Don S. M. was indeed sent away from his parish, but only to continue working with children elsewhere instead of being revoked from his duties, as the canonical law states.

Today, the 40-year-old victim suffers from several disorders, has lost his job as a security guard and no longer has peace of mind. “Not a day goes by that I don’t think about what happened to me nor is there a night that I don’t have nightmares about those horrible moments. I cannot stop wondering why me? Unfortunately, in my heart I know that I wasn’t the only one and that there are other victims,” he admits.

Establishing a limitless time minors can file a case against sexual abuse seems to be the only solution to the request of justice due to the fact that victims tend to consciously realize very late that they were abused. “It is high time the community takes on the burden of the victims and not just the crime,” says Dr. Rossi. “In this case, they are the ones who are condemned to oblivion. What is the difference between those who kill a person and those who kill a person’s mind?”