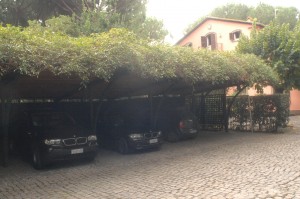 ROME– Kanayo Nwanze, the director general of the United Nations International Fund for Agricultural Development, refused an offer of a free Alfa Romeo saloon car from the Italian Government, insisting that the poverty-fighting agency use vital funds to buy him a 50,000 euro BMW limousine, IFAD sources say.

“The money could have been used for the rural poor, but Nwanze insisted he wanted a new German car rather than the perfectly adequate and smart Alfa Romeo on offer at no charge from Italy,” said a senior source at the Rome-based agency.

IFAD’s emoluments committee, which monitors the remuneration package of the development bank’s imperious Nigerian chief, tried to persuade Mr Nwanze to accept the gift of use of the prestigious Italian automobile to save IFAD expenditure but the director general was adamant only a new German car would meet his requirements, the source added. “He kept telling them ‘no, I really want a BMW.’ Eventually they let him have what he wanted,” the source recalled.

Initially Mr Nwanze demanded the latest BMW model that would have cost as much as 100,000 euros but finally after much wrangling IFAD accountants agreed that 50,000 euros could be spent on a slightly less recent and extravagant model that his chauffeur could use to ferry him from the U.N. agency's headquarters in the Eternal City to the luxury villa he lived in on the Appian Way, Rome’s millionaire row, until December.

The IFAD press office had no immediate comment on the agency chief’s transportation arrangements when contacted by the Italian Insider.

Mr Nwanze’s expenditure has generated deep concern among UN auditors and donor countries since his election in 2009.

The IFAD supremo moved out of his home in December after the Italian Insider disclosed that IFAD was spending as much as 400,000 euros a year on maintaining the sprawling villa complex. Two BMWs with diplomatic plates were parked in the villa’s garage when Italian Insider reporters toured the complex. 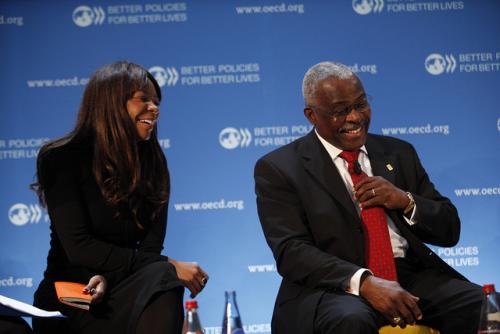