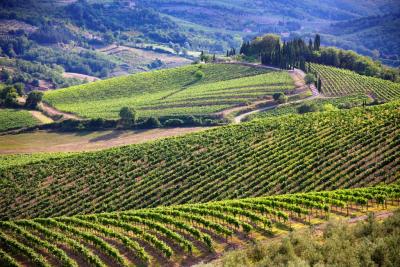 The rolling hills of Chianti

FLORENCE -- This Tuscan city has just celebrated the 300th anniversary of the publication of a Notice by Grand Duke Cosimo III de’ Medici, which defined the boundaries of production areas for Chianti (today Chianti Classico), Pomino, Valdarno di Sopra and Carmignano. Four areas which can boast important historical recognition that demonstrates and reinforces their vocation for fine quality wine production.

In the historic Salone dei Cinquecento in Palazzo Vecchio a conference was held focusing on the history of these wines, from the days of Cosimo III to the present. The opening speaker, Prof. Zeffiro Ciuffoletti of the Accademia dei Georgofili, gave a short historical excursus entitled “Lands, Grapes and Wines of Tuscany. Three centuries on from the notices of Cosimo III de’ Medici.” This was followed by a debate on the “300 years of Tuscan wine in the world” with the Chairmen of the four Producers’ Associations of the areas mentioned in the Grand Duke’s Notice, as well as authorized personnel, opinion leaders, and national and international experts in the sector.

To commemorate this important anniversary, the areas involved have planned a generous program of events throughout the autumn and winter season, until 2017. Music, theatre, sport, good food and, of course, tastings of vintage wines from a long way in the past, where possible.

All the events, identified by the logo created purposely for this occasion, will clearly show the dates commemorating the 300th anniversary: 1716 – 2016 “300 years of the first wine territory.”

The notice issued by Cosimo III provides the very first example of definition of the area of origin of Italian wines in a modern key, and originates from a long series of trade experiences which had firmly established the quality and value of wines produced in these areas.

In the same historical period, in Europe, the foundations were being laid for the creation of designations destined to scale the heights of worldwide winemaking. At Bordeaux the institute of Courtiers was fully established, with over a hundred working years under its belt, and in 1855 would be called by Napoleon II to draw up the Official Classification of Bordeaux Wines, still valid today. Champagne, despised by the French as a flawed wine, was taking its first steps in the élite of great wines, thanks also to characters like Dom Perignon, who died in 1715. In Germany, winegrowing was recovering after the dark period of the Thirty Years War.

In Italy wine was produced everywhere in the 18th century but only a few areas obtained greater recognition for higher quality, demonstrated by their export demand. For Cosimo III’s Tuscany, wine was already a strategic product: Queen Anne of England enjoyed it so much that she gave it to her friends and allies as gifts, thus helping to build the reputation of Tuscan wine around the world.

Even back then, Tuscany could boast four areas with clearly defined wine styles, personalized by the terroir, the special features of the local climate, soil, history and man’s influence.

Pomino-Rufina, whose characteristic elegance and freshness came from the introduction of French grape varieties by Vittorio degli Albizi and the altitude of the vineyards.

Val d’Arno di Sopra, where grapes are healthy and ripe thanks to aspect, soil and refreshing breezes from the River Arno.

And lastly Carmignano, the first in Italy to use cabernet grapes, imported as “French grapes” by Caterina de’ Medici in the mid-16th century.

Archival documents demonstrate the efforts of the sixth Medici Grand Duke to broaden the wine sales network during the War of Spanish Succession (1702-1714). During the war years, Tuscany managed to remain neutral and avoid the productive and commercial repercussions experienced by other wine-producing European countries involved in the conflict. This was a favourable year for the Grand Duchy. Once the war had finished, though, the situation changed drastically. Following the peace agreements signed between 1712 and 1714, Spanish, German and French products reappeared on the market and the first attempts at falsification of wines began. This phenomenon increased the damage, causing Tuscany to lose its preeminent position.

The Notice of September 1716 should be placed in this context: the need for a political move in the Grand Duchy to relaunch Tuscan wines with a bigger turnover and more at risk in trade terms. Another decree, linked to September’s notice, and dated July 1716, clearly underlines trade rules and sets penalties for those who break them.

The notice states -- “Motu proprio, His Royal Highness is resolved to order a new Congregation to ensure that the wines ordered to sail must be equipped on shipping with greater security for their quality in order to deal with fraud that may come to light... The penalty for transgressors will generally consist of loss of their merchandise, or its value, which can be freely increased by the Congregation itself.”

Three hundred years ago, therefore, a Congregation was created for the purpose of watching over the wines, somewhat like today’s Producers’ Consortia.

A unique and unrepeatable event like this 300th anniversary of the issue of the decree endorses Tuscany as one of the world’s cradles of fine wine production. 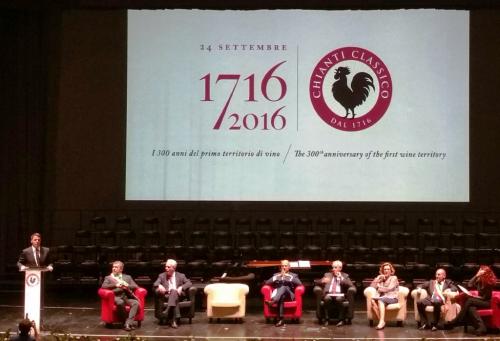 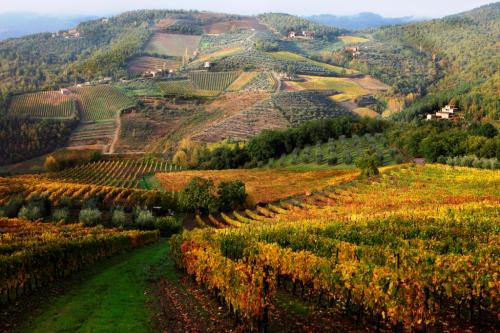