European Security with or without Russia? 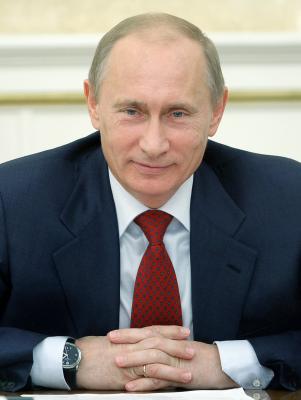 ROME -- The joint military manoeuvres between the Russian and Chinese navies, armies and air forces have kicked off. The shared military manoeuvres that have just been agreed on, are a clear message for Washington, which has recently strengthened its action in Asia, indicating that as a country that overlooks the Pacific, it wants to play an important role in the continent, aimed at containing Chinese expansion. Obama, during his visit to Laos, the first by an American President and his last in Asia as President, has explicitly stated that the United States are guarantors of Asian stability. One must also consider that the greatest continents of the world are going through a wave of nationalism (China, Japan, India) or populism (Philippines). Joint military manoeuvres are a clear message -- the United States cannot decide the destinies of Asia.

Russia is already considered by NATO an enemy to contain, encircled by the borders of Eastern Europe. The annexation of Crimea, the intervention in eastern Ukraine, and then the military action in Syria, have isolated the Kremlin, object of unprecedented trade sanctions by both Europe and America. The meeting last week, between Obama and Putin at the G20, ended in a negative way. The fragile agreement to a ceasefire in Syria, reached between the respective foreign ministers, does not solve the overall dispute between the two countries, which are still willing to fight each other with an undeclared war, until the very last Syrian. And the Western alliance intends to maintain sanctions on Russia.

The logic is that the latter, weakened by the fall in oil prices and witnessing a significant reduction of its revenue, will lead to Putin being obliged to accept the supremacy of the West, hence being forced to reduce his action internationally. This logic leads to a non-negotiation, as everyone waits for Putin to understand that he cannot have global ambitions. As Obama said, "Russia is a regional power." And the information system is full of analysis on how the Russian economy is going through a crisis, and how the decline in resources will undermine the relationship between Putin and the Russian people.

Now, a slightly more in-depth analysis gives way to serious doubts on the strength of this strategy. To begin with, the sanctions have a different burden on Europe than on the United States. It is emphasized that Russia's GDP has fallen by 3.5 percent. But aside from the fact that in this scenario the reduction in oil prices (the main Russian export)  plays a much more serious role, from dlrs100 a barrel to the current dlrs50, all is quiet in relation to the cost of penalties for the West, which has suspended Russia’s exports.

According to the European Commission, at the end of 2015 it was dlrs100 billion. But here lies a major difference, inexplicably silenced. US exports to Russia fell by 3.5 percent, while the Europeans fell by 13 percent ( 43 percent of the agricultural sector). For its part, European imports from Russia fell by 13.5 percent. Always according to the European Commission, the European GDP fell by 0.3 percent in 2014 and 0.4 percent in 2015, as a direct result of the sanctions. This surely doesn’t worry Germany but countries like Italy, whose growth is close to zero (and whose agricultural sector has been hit by the loss of the Russian market), without forgetting that the total growth of the European GDP is close to 1 percent.

But, reply the NATO circles, the difference between the decline of Russia's GDP and that of Europe, shows that sanctions work, and it is a matter of time before Putin capitulates. And this leads to another reflection largely absent in the media. One cannot ignore that Putin enjoys great esteem amongst the Russian population. The independent surveys  confer to him levels of popularity which range from 60 percent to peaks of 78 percent, percentages unknown for any Western leader. And this popularity has increased since Putin annexed  Crimea, has intervened in Ukraine, sticking a knife on NATO’s side, (which he can turn as he pleases), and intervened in Syria.

The response of the official circles is that these actions were carried out to hide the internal social and economical crisis. But crises arise when they feel as such. Americans are convinced that during the Reagan presidency the United States were living a happy economic era, whereas the fiscal deficit rose from 800 billion to 2,750 trillion. And it’s easy to convince the Russians that the West is trying to strangle their economy. Furthermore, the Russians are a population, according to sociologists, able to squeeze consumer spending much more than the citizens of the western countries, for both historical and cultural reasons.

However, the main reflection should be made on an important dysfunctional element: the simultaneous existence of the European Community and Nato, two institutions which have a different agenda, which often generate schizophrenic actions. The formal purpose of the European Community is to promote further integration and development of European countries, based on common values and interests. The formal purpose of Nato is to act for the security of the Western world, which is made up at the same time by the United States (absolute leaders) and from Europe.

As a consequence, Europe entrusts Nato for her security. According to many analysts, Nato echoes the characters of Pirandello’s Play “Six Characters looking for an author.” The end of the cold war and the end of the Soviet threat would have implied Nato’s end. But getting rid of an institution is often more difficult than creating one. So for a long time, Nato has persistently looked for an enemy which would justify its existence. And a Chinese proverb says: If you put a hammer in the hands of a man, they will look everywhere for nails that protrude. To the point which the last commander of Nato, the current General, has declared that Russia is a greater threat than ISIS.

Yet, there is also a school of thought that considers the West guilty of doing everything it could to make sure Putin was paranoid when he’d started off as an ally of Bush. It should not be forgotten that Gorbachev's agreement to accept the fall of the Berlin wall was a consequence of Nato’s commitment of keeping its borders.

Instead, all European countries of the former Soviet Union have entered Nato. And, representative of this trend, defined as an encirclement of Moscow (while Madrid defines it as a containment) is the recent admission of Montenegro to Nato,  who admitted to having an army composed of 3,000 men! Now, on careful analysis, there is no doubt that Nato has more weight in international politics than Europe. Even because, objectively speaking, Europe has reduced military expenses, as it delegates the costs of her defence to the United States. No coincidence that Trump, making a point during his election campaign, promised that if he were to become President, the Europeans would have to pay their bills. This would result in a severe decrease of Nato’s power in Europe.

Joint manoeuvres in the South China Sea are part of a very important and accelerated approach between Russia and China. Despite the slowdown in China's economy, as Beijing has signed loans for 25 billion dollars to Russian companies: Russia, for its part, has committed herself to a gas supply agreement of 38 billion cubic meters of gas per year, for 30 years, with a fee of 400 billion dollars. China Development Bank has granted a line of credit at Sberbank of 966 million dollars. Beijing has set up an investment fund for Russian Agriculture worth 2 billion dollars, and has granted 19.7 billion dollars credit for a railroad linking Moscow to the city of Kazan. The two countries have also agreed to increase their bilateral trade to 200 billion dollars by 2020. In other words, an unprecedented business alliance is growing between the two countries.

The question that Europe must therefore ask herself, taking off her Nato hat and putting on the hat of the European Union, is whether she should push Russia into the arms of China. Maybe it’s time to open a comprehensive negotiation with Russia, instead of discussing separately each step of the litigation, Siria separately from Ukraine, from  Crimea, from the issue of Georgia, from Eastern Europe and so on.

Because from this analysis, an ever more crucial question arises. Is it a forward-looking strategy for Europe, if the sanctions had an effect, to have a country of great military and economic importance such as Russia, close to the borders, on her knees and with a population whom is humiliated and offended, convinced (thanks to evidence) that Europe is obstructing Russia from having a righteous place in the world? Is this the best path for European security? Perhaps a negotiation with Russia would be better, in order to obtain a security policy, as well as trade and commerce for which there are huge needs, as according to world leading economists we’re going towards a long period of stagnation.

But the question is whether the European schizophrenia of the two hats, that of Nato and the EU, (today in crisis), enables this negotiation. Especially because Putin is creating his own system of European alliances: an Alliance with the populist right, with the Salvini’s and the Le Pen’s, achieving the admiration of Trump, becoming the model for an illiberal democracy, as the Hungarian Prime Minister Orban puts it. This certainly reduces European security. But where is a leader capable of having a newer, more realistic and long-term vision of security for Europe? Are we sure this is feasible without Russia?

* Roberto Savio is publisher of OtherNews, co-founder of Inter Press Service (IPS) news agency and its President Emeritus. He is also adviser to INPS-IDN and to Global Cooperation Council