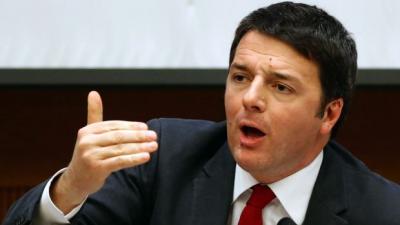 ROME -- Far from being a novel occurrence, the upcoming constitutional referendum falls in line with other attempts in the last decades to ‘fix’ the power balance within the Italian polity. Descending from the post-Fascist fears of a strong executive power, the perfect equality between the chambers, and the numerous checks and balances posed against the legislative power, a strong argument could be made in favour of changing the constitution. But the document presented by Renzi’s government is far from perfect, and there are certainly grounds for keeping things as they are. And yet, in such a peculiar political climate as the current Italian one, the discussion being had at the moment has transcended ideology, and even the discussion of the reforms themselves.

Aside from the bulk of his own party and some defectionist elements who support it, Prime Minister Matteo Renzi’s initiative seems to be standing alone. To a certain degree, this ought to be expected in a country which fetishized its own constitution at the tune of the never-ending mantra, familiar to every Italian school boy, of possessing “the most beautiful constitution of them all.” But this cultural attitude can hardly account for the current opposition to reform. Rather, the answer is to be found in the current state of Italian politics. Ideology has been discarded. The traditional ‘left/right wing’ dichotomy is nowhere to be seen. The only player remaining seems to be individualist politics, and is quite far away from revealing its last cards.

Anyone vaguely familiar with Italian politics of the last decade will certainly recognise that, historically, it was Berlusconi’s ‘Liberal’ right that pushed for constitutional reforms. They attempted it in 2006, and failed again in 2010. The fact that the initiative is coming from the left, and being opposed by the right, is quite telling. After all, this was one of the major points of agreement between Renzi and Mr. Berlusconi at the time of their brief political entente. In fairness, constitutional change is meeting with some opposition from fringe groups to Renzi’s left, but such groups count for little in Parliament, and even less so in when it comes to voting. The final major opponent of change on this issue is Beppe Grillo’s Five Star Movement, the epitome of a protest party, which by its very nature must oppose any and every proposal coming from the established power. By now, the political landscape should cease to be blurry, and gradually become clearer. The upcoming constitutional debate will have nothing to do with the Constitution, or conventional politics.

There is little doubt that an overwhelming majority of Italians would be in favour of constitutional reform of one kind or the other, if not due to ideology, at least out of necessity. And yet, a majority of those who oppose reform have made up their mind based on their personal liking of Renzi, seeing the referendum as a means to either confirm or ‘send home’ the current executive. And in forwarding the Referendum as a personal battle, especially after the failure of the recent administrative elections, the PM hasn't done himself or the cause any favours, though recent developments in the ‘Yes’ campaign appear to suggest a back-pedalling on such a presentation. But as of now, the pieces on the chessboard remain unaltered. Perhaps, the lack of any ideological roots, and the presence of a fervent pragmatism needn't be a source of concern in itself; but the turning of the current political struggle is devoid of any ideology, and its opposition an infantile political game.