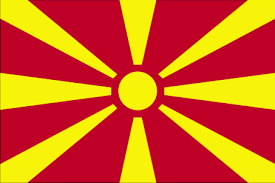 Melbourne — Australian Macedonians are gearing up to celebrate 25 years of independence of the Republic of Macedonia from Yugoslavia on Sept. 8, 1991.

However, an Australian photo journalist, the son of Macedonian emigrants, Sasha Uzunov, says he is not optimistic the country is "culturally" strong enough to survive.

Macedonia has faced fierce opposition from neighbouring Greece which has blocked Macedonia's EU and NATO membership over Macedonia's name.

During the wars in Yugoslavia, Macedonia was fortunate that it wasn't invaded by Slobodan Milosevic's Serbia, which was tied up by brave Croatian and Bosnian resistance.

However, in 2001 an ethnic Albanian separatist uprising erupted in Macedonia and was barely contained. As a consequence, the country is defacto cantonised along ALBANIAN and Macedonian lines.

For the past 12 months Macedonia has been paralysed by a political scandal involving claims of government corruption. Parliamentary elections will be held in December to try and break the deadlock.

Macedonians are not fanatical nationalists, Sasha says, who has lived and worked in Macedonia, as well as Iraq and Afghanistan, but an easy going people who have never invaded anyone in over 2,000 years.

In 1913, Macedonia was partitioned amongst GREECE, SERBIA, BULGARIA and Albania. Many fled their divided homeland.

In 1944 a Macedonian Republic with limited autonomy was proclaimed within Tito's YUGOSLAVIA but with BELGRADE calling the shots.

Many Macedonians were forced to flee their divided homeland; with a large number emigrating to AUSTRALIA.

The vast majority of Macedonians want to live in an independent Macedonian nation-state, he said. The problem as he sees it is that Macedonia's political elite from both the government side and the opposition were still pro Belgrade, pro Serbia.

"Likewise, there were Macedonian patriots who out of a genuine fear of Albanian separatism, naively believed in aligning with Serbia, which was like adding fuel to the fire."

Sasha said no one in Macedonia's elite ever thought of drawing Macedonia closer to Croatia which would act as an honest peacebroker in the Balkans.

"Croatia supports an independent Macedonia as well as Kosovo. It would be able to bring Macedonians and Albanians together."

He argued there is a deliberate cultural polarity develop in Macedonia between Belgrade, the Serb capital (and the former Yugoslav capital) and Pristina, the Kosovar ALBANIAN capital.

In effect, a deliberate state of tension keeping Macedonians and Albanians at each other's throats.

To add to this dangerous mix, neighbouring nationalists in BULGARIA were able to gain a toehold in Macedonia.

"Unless Macedonia's elite was able to cut its addiction to Serbian cultural hegemony, Macedonia will not survive but be pulled and torn apart, he said. "I'm not optimistic." 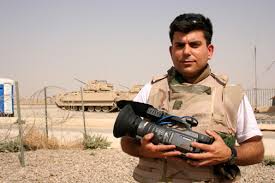