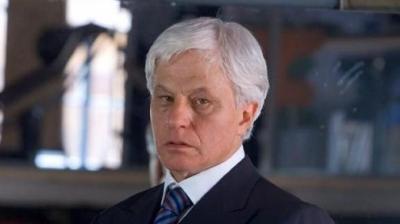 ROME -- “Italy is behind the times when it comes to building anti-seismic buildings- we only prepare once there has been an earthquake,” said Enzo Boschi, leading geophysicist and seismologist, on Wednesday.

According to Il Fatto Quotidiano newspaper, Boschi, one of Europe’s main earthquake experts and former president of the National Institute of Geophysics and Volcanology, has warned of the possibility of another quake in the same area struck on Wednesday morning. He said that “shocks often come in pairs” and that central Italy is now at “seismic risk for the following hours and days.”

In an interview with AdnKronos, Boschi explained that the earthquake which has just rippled across central Italy occurred in an area “which was already on the Italian seismic map” and had already been classed as being at a high risk zone.

The region was classified as a “high risk zone” back in 2003, following the San Giuliano di Puglia earthquake which took place on October 31 2002, in which 27 children and a teacher were killed by the collapse of a school building.

“We are still behind when it comes to the prevention of earthquakes,” said Boschi. “Norcia is proof of that. There was an earthquake there in 1979, which led to seismic protection being carried out on the buildings. As a result, the town was practically unscathed by last night’s quake,” he continued.

“We are good at constructing seismic protected buildings, but only after an earthquake occurs,” he commented.

As far as next steps are concerned, Boschi said “much care must be taken in the following hours and days after last night’s earthquake. Shocks often occur in couples, with a second blast sometimes happening in the same place and with the same strength as before.”

His advice to anyone in the affected area is to “stay away from buildings which are still standing, at least until they have been thoroughly inspected by Civil Protection experts.”