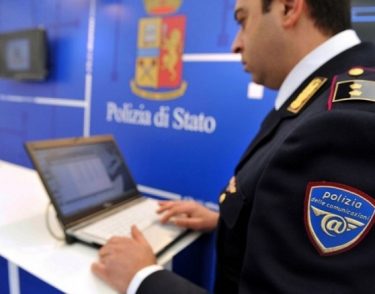 Two Moroccans in Savona arrested for 'proselytism' for the Islamic State

SAVONA -- Two Moroccans have been arrested in the province of Savona for involvement in suspected terrorist activity and a 51 year old radical imam has been expelled from the country following the Minister of the Interior's decision that he was threatening "public order" and "state security."

The suspects were reportedly accused for ‘proselytism’ for the Islamic State, which was signalled to the police by a young girl from the Savona region who received a WhatsApp message from a Moroccan number which was not in her contact list.

Two suspects were arrested by the state police anti-terrorist team on Wednesday morning, with the third being investigated for his implication in the activity. All three are Moroccans between the ages of 27 and 44 with previous criminal convictions for drug dealing amongst other offences, and have reportedly been living in Italy for several years.

The WhatsApp message sent to a young girl from Savona which triggered the investigation was identified as a Moroccan number, which was not originally present in the girl’s contact list. Her suspicions were raised by the profile photo of the sender, which showed a young girl holding a machine gun which she was holding in firing position.

The Italian Postal and Communications Police were immediately alerted, following the receiver’s reporting of the message. Together with the help of the girl whose phone the message was sent to, the Police pieced together that “around three months before, when the girl was passing through an area dedicated to refugees coming from Africa, she had lent her phone to one of the Moroccan residents, who had said that he needed to contact someone in his country of origin.”

Subsequent investigations carried out by the police built up a network of contacts which has identified three potential activists who are suspected of proselytising for the Islamic State. The investigation was complex, and involved the interceptions of telephone and computer communications. Constant monitoring of the suspects’ internet activity also showed that the Moroccans would create Facebook profiles using phone numbers registered to other people.

Mobile phones found during searches of the three suspects’ houses were taken for further investigation and more in depth technical analysis. Investigators report that they also found cocaine and 5000 euros of cash whilst searching the houses, as well as a dozen or so Italian identity documents, which had not been stolen. These documents were taken for analysis to determine whether they could be linked to possible drug dealing activity of the suspects, or whether they were in their possession for different purposes.

Also on Wednesday, a radical 51 year old Imam, who up until six months ago lived in the province of Reggio Emilia but more recently in Vincenza, was expelled from the country following the decision of the Minister of the Interior for reasons of "public order and state security." His racial attitude had been followed closely for some time by the Reggio Emilia division of General Investigations and Special Operations (DIGOS), and it became apparent that his recent sermons in the town of Noventa Vicentina were spreading an increasingly anti-western message, which led to the suspicion that he could potentially be trying to facilitate international terrorism.