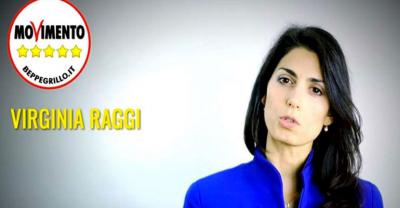 ROME – The majority of votes for the Movimento Cinque Stelle came from younger voters, an analysis of the ballots for the mayoral campaigns across Italy confirms.

The Demopolis Institute, a national research institute, on Monday conducted an analysis, published by the Espresso magazine, of the movement of votes between the first and second ballots for the mayoral elections in Rome, Milan and Turin.  The research has shown that in Rome just as in Turin, many voters who backed the centre-right candidates in the first round, then moved to give their support to Raggi and Appendino in the final show-down.

What came across in most evidence when put under the scrutiny of analysts was that in the capital, 80 percent of the vote for the M5S came from those aged 45 and under. For Rome, Virginia Raggi gained 300,000 votes in the second ballot compared with the first, giving her a resounding victory with 67 percent of the public vote. In Turin, of the supporters for Appendino, 71 percent were under the age of 45.

Perhaps more striking however with regards to the data for Rome, was the significant shift from voters of Fratelli d’Italia and the Lega Nord: out of the 270,000 of those who had voted for Meloni, the Fratelli d’Italia candidate, in the first round, 180,00, around two thirds, gave their vote to Virginia Raggi when it came to the ballot. A measly 20,000 gifted their vote to the centre-left Democratic Party (DP)candidate, Roberto Giachetti, and a further 70,000 decided to abstain.

The analysis also revealed that in Turin, there was a significant percentage of “new voters” who voted only in the second round ballot, giving Chiara Appendino, the M5S candidate, the boost she needed to win the election. This significant movement of voters from a collection of different parties to the M5S in the ballot as opposed to the PD, has been interpreted as a substantial blow to Italian Prime Minister, Matteo Renzi.

Both in Turin and in Rome, what has become apparent through these elections is the “decisive vote among the younger generation for the M5S”, explained Pietro Vento, the director of Demopolis. This latest evidence implies an interesting evolution in Italian politics.