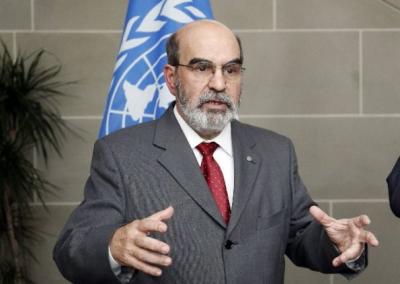 ROME – FAO Director General Jose Graziano da Silva surprised donors this week by disclosing that he intends to widen the brief of the famine-fighting UN agency to include migration, an area that is not part of its mandate.

Speaking at the plenary session of an FAO Council meeting being held at the Rome headquarters of the troubled agency until Friday, Dr Graziano said he wanted guidance from the governing bodies on how to expand the FAO’s role into the area normally dealt with by the International Organisation for Migration (IOM).

“The third issue on which I need your guidance is migration, which is related to our efforts to promoterural development and contribute to the eradication of hunger and extreme poverty in rural areas,” the Brazilian agronomist said, “as you all know, the UN Secretary-General called for a high-level meeting in New York next September and invited FAO to participate.”

“When we set our priorities three years ago, migration was not seen at that time as a priority for our Work,” he continued, “Can I say in New York that the FAO Council asked for a revision of our PWB to include migration as a priority? Would the Council agree to ask Members to commit to increasing voluntary contributions in this new area to be included in the PWB?”

Dr Graziano added that “We will also explore synergies with the International Organization for Migration (IOM) to avoid duplication. I have recently agreed with the Director-General of IOM to strengthen the collaboration between the two organizations, to build on respective areas of comparative advantage and to promote join action at country level.”

An observer commented that “apparently, the DG is getting too big for his britches, and has told the Governing Bodies that he wishes to address the question of migration (not part of FAO's mandate) at the Security Council.”

The DG made his remarks after Brazilian media disclosed that he is expected to give his homeland a ‘discount’ worth dlrs 3 million on its annual dues to the FAO to help the cash-strapped Latin American country cope with its mountain of debt to international organisations.