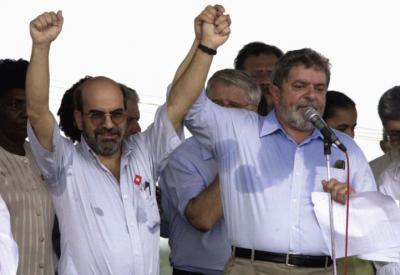 BRASILIA— FAO Director General José Graziano da Silva has indicated he will give cash-strapped Brazil a 25 percent discount on its annual contribution to the UN agency worth some dlrs 3 million to help his homeland cope with a mountain of debt to international organisations, according to reports in Brazilian newspaper Veja and other media.

Brazil is struggling to deal with debt to international organizations of more than dlrs 800 million (3.2 billion reais), an unprecedented volume, which puts at risk the country's participation in decision-making. In the budget this year, however, the forecast is that there are only 83.7 million dollars for these payments and joining values ​​still 2014 and 2015, the total authorized to be used by the government to repay the debt is only 250 million real, less than 10 percent of the shortfall, according to Veja.

“With the FAO, the amount to be paid for the year is 40 million reals (dlrs 11 million),” Veja said, “but because the body is controlled by a Brazilian and former minister of the Lula government, José Graziano, the forecast in the budget is resource estimated at 30 million reais (dlrs 8 million) to be sent to the authority in Rome.”

It was unclear whether the discount for Brazil has been approved by other major donors to the Rome-based hunger-fighting organisation, however.

If some of the debts are not paid Brazil could lose its right to vote in some organisations and may even lose the slot it has held since 1945 as the country giving the first speech at the UN general assembly, Veja added.

The debts are to about 120 entities or international initiatives, including the UN, WHO, scientific organizations, peacekeepers, courts and regional organizations. The debt figure is worth the equivalent, for example, the entire budget of the Foreign Ministry for its annual cost, including salaries, the residences of diplomats and costs of embassies and consulates around the world, as well as cultural and trade promotion activities.

One of the largest debts Brazil has is with the United Nations, valued at 1.3 billion reais, including contributions from Brazil to peace missions. The deficit has continued to grow since the end of 2014. At that time, it was 190 million dollars. By August last year, the hole had reached 285 million dollars.

In August last year, the Brazilian Ministry of Planning indicated that it intended to "rectify as soon as possible the payment of the amount due" and atmeetings in New York, the foreign ministry told those responsible for the accounting of the UN that the government had to prioritise paying off debts, as a demonstration of its commitment to multilateralism. Since 2014, however, only a few deposits were made.

Today, Brazil has the second largest sum debt of any country to the UN, surpassed only by the $ 2.1 billion of US government debt with the UN. The US, however, pay ten times more than Brazil to the entity budget and its decision to withhold resources has political objectives.

Brazilian debt to the World Health Organization is 50 million reais in 2016, just at the moment that Brazil needs the help the body to fight the zika virus.

In February, the government established an Inter-ministerial Commission on Participation in International Organizations (Cipoi), in order to study a way to keep Brazil's participation in the entities, pay what was possile, renegotiate debts and put together a plan to gradually remedy the shortfall.