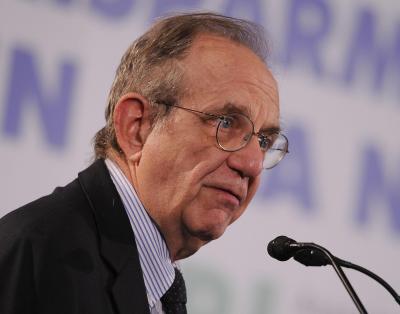 NEW YORK -- Italian Economy Minister Pier Carlo Padoan has cautioned that “lack of mutual trust” between nations is a major problem facing the EU, warning that an end to the Schengen accord would be more dangerous than a monetary crisis.

Padoan made his remarks in a speech Wednesday at Columbia University in New York at a conference entitled “How can Europe contribute to global stability and economic growth?”

He identified three principles for the implementation of policy at European level. “First of all: policy responses are both national and European. In other words, Europe is a system that can find solutions to problems under the responsibility of individual countries”.

According to Padoan, this project could be implemented through some specific political proposals, based on economic reforms and technological innovation. “We have to improve monetary union: not from a monetary point of view but from the liberal market point of view.”

Moreover, in order to reduce the risk of populism, he proposed to introduce an unemployment insurance mechanism: that might support employment and produce “confidence in the European project.” On the other hand, according to the minister it is necessary “more international integration in Europe,” in order to achieve a better rate of growth. Another important element would be the implementation of a single market and new rules that could be understood and supported also by European citizens.

Nevertheless, the insufficiency of mutual trust between European nations remains the most dangerous problem. “If we continue along that line, in Europe we are running new risks”. Specifically, Padoan cited the case of the Schengen Agreement, which many European politicians want to give up after the terroristic attacks in Paris and Brussels.

“In some countries there is a strong temptation to give up Schengen, to avoid receiving migrants. Now, if Schengen collapses, I see this as a much dangerous threat to European Union than a monetary crisis”. In fact, according to Padoan, such a possibility could seriously undermine the European project.

However, another huge problem for European Union is Brexit. According to the Minister, there is a problem of relationship between Union members and non-Union members, specifically concerning some issues and fields. Also For this reason, Padoan defined Brexit  potentially as “a tragedy”,  adding : “If Brexit does not happen, we will in any case need to re-consider the way the Union members and the non-Union members interact and what kind of political discourse we can put in place.” The major risk of Brexit is that it could produce a progressive fragmentation in Europe, Padoan said.