A decalogue to understand terrorism and its consequences 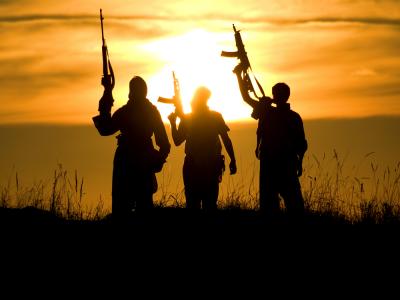 ROME - The recent Brussels massacre has created a short term reaction, which ignores a long term projection. All the debate is now about security, police reinforcement, new military strategies, as if terrorism can be solved just as a matter of public order.

It is of critical importance to take a more global and comprehensive approach, and accept that we are facing a problem that needs to be approached from various angles. Given the usual restrictions on length of articles in media outlets, a real analytical piece must wait for another occasion. I therefore request readers to refer to some of my previous articles, in order to have detailed information on points that I am not able to address adequately in this article.

1) Lack of a political debate. We see the European political leadership mobilized after every incident, making rhetorical declaration of solidarity and expression of horror, but without any effort for a unified, specific response. It is astonishing to see that the French and Belgian authorities have not even tried to link the actions of the terrorists with their backgrounds and previous actions, when clearly a sociological and cultural analysis is fundamental beyond just police’s measures. While this is of critical importance, it is nowhere in the political debate.

2) No effort is made to explain that Muslim terrorism is, before anything, an internal battle in the Muslim world, and Europe is just conveniently used as the playground. Some 88%, of Muslims are Sunnis, the main branch of Islam. But no terrorist has been found beside the so called Wahabism or Salafite branch, born in Saudi Arabia.

Riyadh has constructed more than 1.600 mosques, staffing them with Salafist Imams, and every year more than 80 million dollars is spent to support Sunnis. For Salafis, the other groups in Islam are infidels, like Sufi or Yadhzites. And the Shias are the main enemy. So Iran, where the majority of Shias live, is the main enemy of Saudi Arabia, and they fight each other through proxy’s wars, from Syria to Yemen, with the number of victims much larger than all the Europeans victims of attentates. To make Islam as the promoter of all terrorism, is therefore a dramatic mistake.

3) The fight between Saudi Arabia and Iran, until and unless controlled by Russia and United States, will continue, until the time when Saudi Arabia enters into a serious crisis, due to the fact that its present level of expenditure is not any longer supported by the price of petrol. The International Monetary Fund has already indicated to Riyadh that bankruptcy is imminent within a decade, unless expenditure leveles are brought down. Until now, Saudi Arabia has been supported by all the Western powers, especially the United States of America, for its position of importance as the main oil exporter.

The United Nations panel of experts on Yemen has documented “119 coalition sorties relating to violations of the laws of war”, reported Human Rights Watch, which along with the Amnesty International and other organizations are asking for an arm’s embargo. But Saudi Arabia is the world’s second largest arms importer of the world.

Anyhow, it is very unlikely that Saudi Arabia and it’s allies from the Gulf countries will be able to take on the leadership of the Sunni world, because of its intolerance of a branch of Islam, and in the long run compete with a much larger and developed Iran. But for the moment everybody has been turning a blind eye to Saudi Arabia’s role in spreading Salafism.

4) Salafism brings us to ISIS, which follows this branch of Islam as the official religion, even radicalizing it more. However, there is a growing consensus that ISIS is using religion as a tool for enrolment, and pull together all those who are frustrated by secularism and modernization. ISIS, as a tangible entity, according to military experts could be defeated in a couple of weeks, by two mechanized brigades. But it would affect the 600.000 people which are in its territory, and escalate the theory propagated by them that Muslims have always been subjected to the Christian crusaders, who installed the monarchs and Emirs on their thrones, and have effectively run the Arab world in their own interest. The crusaders will never allow a real Arab entity, and will continue to govern through their puppets. This vision and the call for a holy war against the invaders and the Arab governments will continue after the death of ISIS as a territorial entity, and get a responsive chord in the entire Arab world, because it is based on historical facts. So, the ISIS call will survive the Caliphate.

5) Europe’s reaction has been not to intervene seriously against ISIS (and Russia even less), but continue supporting factions in the Syrian war. The continent’s responsibilities in the wave of refugees fleeing Syria and Libya are clear, but of no consequence. Besides, by taking a totally illegal decision on how to deal with refugees, Europe entered in a Faustian pact with Turkey, a country which has turned a blind eye to ISIS, and is clearly against the principles of democracy that Europe advances. The United Nations High Commission for Refugees and Doctors without Borders have withdrawn from Greece, declaring the plan illegal. Of course, in the Arab world, this does not go unnoticed, and the gap with the West is steadily increasing. In the rhetoric of the right wing countries of Europe (Poland Hungary, Slovakia), and of the right wing parties, refugees have become the bearer of terrorism in Europe. Europe has not even been able to implement obvious measures of coordination on terrorism because of the growing jealousy of the governments, and there is no strategy on this issue, beside rhetoric which plays well into the hands of ISIS.

6) The right wing and xenophobic parties are therefore allied with ISIS. It is evident that, without a strategy of awareness and information, discrimination against Arabs will increase, and this is exactly what ISIS is waiting for, asking Arabs who live in Europe to decide on whether to integrate with the West, and become apostates, or help ISIS, by striking everywhere.

7) No terrorists have come from the Arab world. All those involved until now, were Europeans, born and raised in Europe. Most were petty criminals or marginalized people, not at all observant, who become indoctrinated while serving prison terms for their crimes or through social networking. They were in fact nihilist, who found in ISIS dignity and escape from a life without work and a future. Europe has found 6 billion euros to keep the refugees at bay, after spending more than 7 billion in military expenses in the Middle East. If that money would have been invested in the ghettos were Muslims live in Belgium, France and Great Britain, probably terrorism today would have been far less.

8) It is a fact that Europe cannot compete internationally and keep social stability, without immigrants. The working population has been in decline since 2010. Germany needs 800.000 people. In 2060, there will be 50 million people less in Europe, and the pension system, with a much older population, will go broke. At that time, life expectancy will be of 91 for men and 94.3 for women as against today’s 80 for men and 85.7 for women. The average age of the 82% of Syrian refugees is under 34 years, and a study by the Ministry of Interior of Austria found that they are generally more educated that Austrian citizens. The European citizen should therefore look to immigrants as a resource and support. No campaign of awareness on this issue is in place, because it would be politically difficult to say the least.

9) The trend is the opposite. And xenophobic parties are on growth in every election, and they ask for expulsion of immigrants, like Donald Trump is doing in the US. This, beside being an impossible act, is also a gross political error. The animosity against Muslims, without any effort of understanding the complex reality, is playing into the hands of terrorism, and radicalizing immigrants who come to Europe in search of work and live in dignity.

10) The final conclusion is that we are getting into the trap of a clash of civilizations, where we defend a Christian Europe against a hostile Muslim world. This is the worst possible error. It plays well into the hands of the ISIS rhetoric, and like any clash, calls for polarization. It helps the right wing and xenophobe parties to take over Europe, with an increase of fear and insecurity.

Polarization is never helpful for democracy and tolerance. A group of 50.000 militants (in a world of 1.3 billion Muslims), is able to change our lives, reduce our individual privacy and freedom, and increase militarism and surveillance. If we do not get out of this trap of a clash of civilizations, Europe will change deeply and forever, because the phenomenon of terrorism is here to stay with us for generations… It took nearly two centuries for Europe to get rid of the wars of religion. In the 30 years war (1618-1648), 8 million out of a total population of 110 million, the majority of them civilians lost their lives.

Will history help us to face the present?

*Roberto Savio, is founder and president emeritus of the Inter Press Service (IPS) news agency and publisher of Other News