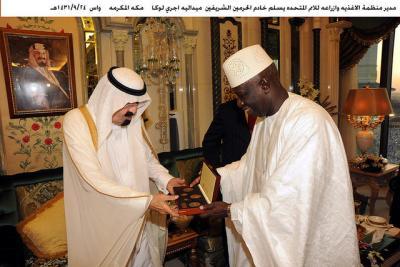 ROME – The FAO has been ordered to pay an Egyptian agronomist dlrs 200,000 in compensation for harassment he underwent from bosses at the UN agency after he refused to pay bribes to a Saudi Arabian official, the International Labour Organisation said.

Ahmed El Obeidy joined the Food and Agriculture Organisation in 2007 as the Chief Technical Advisor of a five-year project in Saudi Arabia. The project was managed by the Programme Coordination Unit (PCU) based at Riyadh. In 2008 he was told that “because of his weak performance and spelling mistakes in his progress reports, his contract would not be renewed upon its expiry,” the ILO administrative tribunal in Geneva said in its Judgement No.3593.

Dr El Obeidy, 59, a former lecturer at King Saud University, responded by alleging to the Office of the Inspector General , the FAO’s anti-corruption watchdog body in Rome,  that the FAO office in Riyadh had engaged in illegal acts, diverted project funds and treated him in a degrading manner.  Dr El Obeidy said his contract was not renewed by a Saudi official in retaliation after he refused a request by the Programme Coordinator, Abdallah Oihabi, a Moroccan, to pay a 20 percent ‘salary incentive’ to the Saudi government official, the Director General of the Saudi National Center for Agricultural and Livestock Research, Abdullah bin Ali Alhindi

“According to the Complainant, during a visit which the Programme Coordinator paid to the Jazan Agriculture Research Centre … he pressured him to use project funds to operate the Centre when the Centre received funds continuously from the Ministry of Agriculture for that purpose. The Programme Coordinator had asked him to make a 20 percent incentive payment to a government official and he had refused to so on the ground that the official had not done any work on the project”.

The Tribunal ruled that Dr. El Obeidy had not been properly informed of his separation from the FAO, learning about it from local engineers, and that the decision not to extend his contract “was unduly influenced by a person in the (Saudi) Ministry of Agriculture.”

“In the face of the failure by the FAO to observe due process in making the decision not to extend the complainant’s appointment as Chief Technical Advisor after one year into a five year project, the decision was unlawful and he is entitled to material damages”.

The ILO Tribunal said an Investigation Panel “fell into manifest error when it found that the complainant was not harassed. That error was adopted by the Appeals Committee when it accepted that Panel’s findings and recommended that the complainant’s claim for compensation for harassment be dismissed. Consequently the (FAO) Director General erred by accepting this recommendation in the impugned decision.”

The Coordinator also failed to supply Dr El Obeidy with a satellite telephone necessary for his security and mocked him when he was bitten by a snake at the Jazan centre, the Tribunal heard. “The programme officer ised the incident to make fun of him and a joke of the incident in the presence of other colleagues embarrassing and humiliating him. Teasing the agronomist amounted to “objectionable and unacceptable conduct,” the Tribunal said.

The Tribunal further ruled that the FAO field project leaders had failed to protect Dr El Obeidy from “improper behavior by country officials,” including cutting of his home telephone and leaving him and his family stranded in Riyadh for several weeks.  The Tribunal found that the Coordinator had used “harassing language” against Dr El Obeidy.

The Tribunal concluded that “the complaint is well founded on the ground of harassment, which, compendiously was egregious and entitles the complainant to significant moral damages. The complainant is entitled to material damages for the less of the opportunity to have his appointment confirmed… In the circumstances of this case, the Tribunal assesses the total damages in the global amount of 200,000 United States dollars.”

Although the affair took place under Senegalese Diouf’s reign at FAO, his successor  José Graziano da Silva in a letter to Dr El Obeidy dated Aug. 21, 2012, informed him that he had decided  to dismiss his appeal as unfounded, the ILO Tribunal said.

Dr El Obeidy told the italian Insider that he had been “destroyed” by the long drawn out battle. He regards it only as a partial victory since the Tribunal did not specifically accept his argument that he was harassed in retaliation for being a whistleblower. He had been asked to make payments to Al Handi worth dlrs 100,000, he said.

He added that the FAO regional office for the Middle East based in Cairo, then headed by a Saudi national, “facilitated the organization corruption in the region.”

“The FAO project (in Saudi Arabia)  was mainly capacity building of a research centre,” Dr El Obeidy said. “This centre produced mango fruit and nursery stocks and the income is expected to be sent to government in Riyadh. Instead FAO used official forms to transfer this money to a private bank account of a Saudi government official. By this process the governmental money changed to be private money”.

The Tribunal reprimanded the FAO’s OIG for responding slowly initially to the allegations of corruption. The FAO evidently dragged its feet to prevent the regional assistant director for the Middle East and the previous director general, Jacques Diouf, being implicated in the affair, FAO watchers said. By the time the case reached the ILO Tribunal in Geneva they had retired. 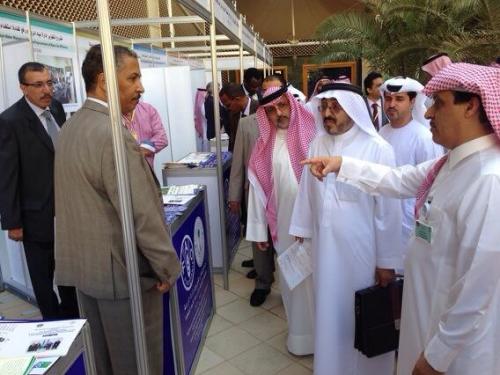 Oihabi, second left, at an FAO exhibit in Saudi Arabia 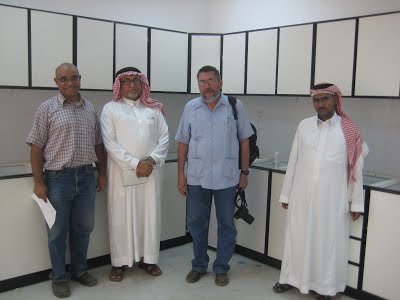