Student killers wanted to see "what effect it would have" 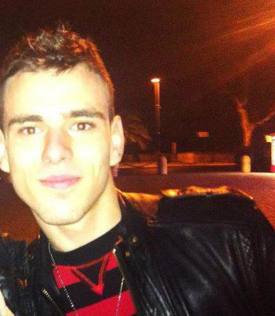 ROME -- “We wanted to kill someone to see what effect it had,” the words of Mauel Foffo after the murder of 23-year-old Luca Varani, along with accomplice Marco Prato, as he confessed to prosecutor Francesco Scavo, after a drug and alcohol fuelled party.

“We went out in the car the evening before,” Foffo explained, “hoping to meet someone.  Then we remembered Varani, who my friend [Marco Prato] knew.”  The 29-year-old also admitted to having tortured the victim before he was killed through stab wounds and several hard blows.

The death happened on Friday night, though police didn’t find the body until Saturday evening.  On Monday the prosecutor was due to forward the arrest warrant, along with a request for signed validation of voluntary homicide, to the chief investigator on the case.

The murder of Luca Varani took place during an alcohol and cocaine fuelled party in a tenth floor flat on Via Igino Giordani, in the Collatino area.  The body of the 23-year-old was found on Saturday evening, many hours after his death.  He was found naked in the bedroom, with numerous wounds on his body.  The alarm was raised when Foffo, who was the owner of the apartment, enrolled in the Faculty of Law and the son of restauranteurs, overcome with remorse, confessed all to his father who called the police.

It was Foffo himself who pointed investigators to the scene of the crime, and gave them his confession.  They then traced the 30-year-old Prato, another student, to a hotel in the Piazza Bologna area where he had been hiding out and had attempted suicide by ingesting barbiturates.  After having his stomach pumped, he is now recovering in hospital.  “I don’t know why we did it,” he said between the tears of one or other of the arrested men.

The autopsy is due to be carried out soon to find out the exact number of wounds and a precise time of death, which is assumed to be on the night before the discovery of the body. All reports support the statement that the two arrested students were friends and acted under the influence of alcohol and cocaine, during a two day long ‘session’.  They hadn’t known Varani for long before they invited him to the house.