Too many tourists! Cinque Terre to limit numbers 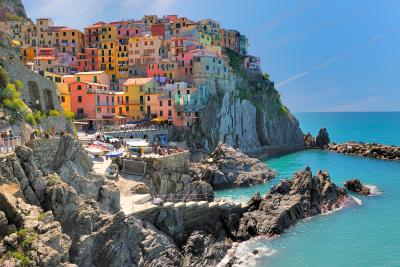 LA SPEZIA -- An often talked about but never acted upon idea – that of limiting the number of tourists to provide some relief for fed up locals and for this beautiful area.  For Cinque Terre it is to become a reality, put in place thanks to an online petition last month that had been signed by inhabitants of the area to be put in place by this summer, as the paths simply cannot support the number of people who pass along them each year.

These measures aim to protect this fairytale, yet fragile, area, which can no longer withstand the invasion it undergoes each year.  The new laws will reduce the two and a half million visitors that visited the area, including Monterosso, Corniglia, Varnazza, Manarola, and Riomaggiore, last year, to no more than a million and a half.  The transition has already begun – the park authorities, in collaboration with a team of geologists, have installed pedometers on the trails to count how many tourists are passing each day and the impact they are having on the area.  According to Vittorio Alessandro, president of the Cinque Terre Park, “By summer we should have enough data and will have the exact number of people a day who can access each path, after having booked, depending on the weather and on the condition of the route.  It’s also a question of safety.”

So, by the summer, access to the Via dell’Amore and the other paths that climb the mountains in the park will be limited, meaning that for that famous walk overlooking the sea you will have to book, or – if it’s sold out – postpone the visit.

“It may seem excessive, especially whilst the tendency is to increase tourism and to fill the hotels.  There’s criticism, of course,” muses Alessandro, “But for us it’s now a matter of survival.”  Another thing that will greatly help the park is the reduction of cruise passengers being dropped off in Liguria this year, as last year they were avoiding other destinations in the Mediterranean that were considered ‘unsafe’.  “We don’t want to speak out against this type of tourism,” explains the park's president.  Yet the fact remains that 500 thousand passengers arrived just in the last year from cruise stops in La Spezia who, in their brief stop-offs, congest the small villages.

It has reached the point that the Park has developed an app for smartphones, which show the situation via a series of traffic lights and where the crowds are most concentrated.  Green: go for it.  Yellow: there are a lot of people in the village at the moment, better to go elsewhere.  Red:  Avoid, it’s at its full capacity and really can’t take any more people.  One of the main problems, however, according to the general manager of the park Patrizio Scarpellini, is that “often organised tours offer the same route at identical times.”

The park intends, for its next step, to make the entire park only accessible by reservation.  Tourists will have to book their visit, and if their chosen day is sold out, they will have to defer until the next available day.  “A model that we really like, as has been put it place around other Italian sites,” reports Alessandro, “is the clear separation of tourists and residents, with dedicated trains to take you up, and then only with a Cinque Terre Card or with your reservation.  Because tourism shouldn’t become a social stress.”

The Cinque Terre Card is already on sale in La Spezia, but will become a necessity for accessing the park, whilst they hope to set up more trains into the area, which will sell the cards along with the tickets.  The sales will allow for the maintenance of the park, the rebuilding of stonewalls, and for them to finance agriculture in the area – all of which is to be carried out in the traditional manner.

The Regional Council Alderman for Tourism, Gianni Berrino, sees it differently however.  “They shouldn’t see 2,5 million annual visitors as a handicap, but instead as a part of a resource for the entire country.” 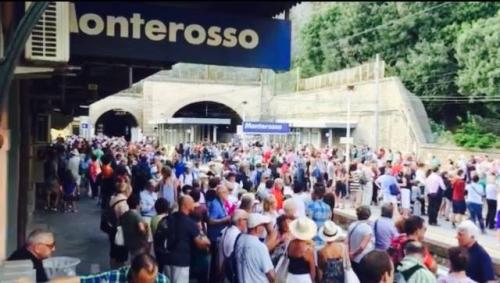