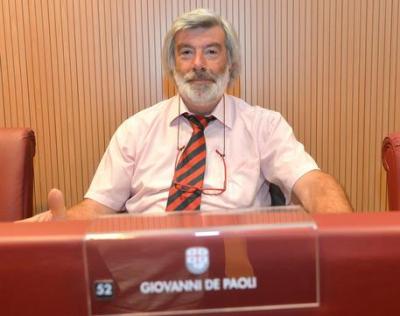 ROME -- A councillor of Italy's 'Lega Nord' [Northern League] party has pronounced that "if I had a homosexual child I would put him in a furnace and set fire to him." Giovanni De Paoli, the party's Liguria councillor, made the statement at a public event on Wednesday in front of a group of families of homosexual children at the regional commission on health and social security.

Giovanni Vianello, president of the association AGedO which works with families of LGBT people with the aim of helping them to accept homosexuality, expressed his disgust at hearing De Paoli's words in an interview with ANSA. "My blood ran cold," he said, "I got goose bumps, and I thought immediately of the Nazi concentration camps."

At the time, the commission was discussing the regional law on the family in which several representatives were present from the organisation 'Rainbow', which works to bring together different regional LGBT and Amnesty groups. At the end of the discussion De Paoli went up to speak to some of those present.

Stefania Gori, an AGedO representative, told La Repubblica that upon hearing the councillor "our blood ran cold because he was also speaking about our son. I think this behaviour is appalling, all the more so because it comes from a public representative."

"The councillor De Paoli was saying that he did not agree with homosexuality, and we answered back, calmly, that the most important thing was love between two people. At this point my husband, Manrico Polmonari, asked the councillor what he would do if he discovered that his son was homosexual. And De Paoli responded with that terrifying sentence: "if my child was homosexual I would burn him in the fire"."

The incident comes at a time of active and controversial campaigns against the stigmatisation of homosexual people in Italy, in the build up to the civil partnerships and stepchild adoption vote later this week.