Postcard from Serbia: I am Novak Djokovic 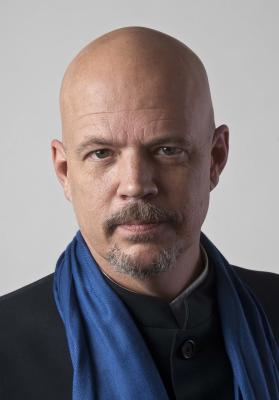 BELGRADE -- When I first decided to change my name to Novak Djokovic, it was suggested to me that I had done so out of sense of brotherly fellowship: that, in a sense, we were all Novak Djokovic; that we can all embody the values of the greatest Serbian tennis Star of all time. Surely the line of reasoning is sound and has a noble ring to it. But the real reason that I changed my name (or will do so after I finish writing this) to Novak Djokovic is slightly different.

All things considered, it is altogether safer for me to be called Novak Djokovic. On the day after Novak won at Wimbledon and claimed the rank of Number One in the ATP listing, I looked around me and was simply flabbergasted. I saw Belgrade on its head. People were screaming and running wild. Novak was hailed as a Hero, an Ambassador, wonderful, counselor, and all the other epithets from the Hallelujah chorus.

And while he played a great championship and Grand Slam season – which he truly did – I could not stomach all the hysteria and hype in which this tennis player has been apotheosized. The way he has been turned into a national icon and used as political fodder by the government (chiefly by its Chief and the Kindergartener of Foreign Affairs), as if to prove the strength of the nation and wisdom of its leaders, is disrespectful of Djokovic’s real achievement. He both won Wimbledon and took the top tennis spot in the world: this is enough to cheer about.

It was all ok up until this point. I was merely grumbling to myself and making cranky noises when I heard all the kerfuffle outside the windows. But then I had the temerity (i.e., stupidity) to write about it. I posted a blog on B92.net in which I dared to suggest (rather overtly) that Novak Djokovic, excellent player that he is, was not Czar Dusan, Jesus Christ, or Rastko Nemanic. I ventured to say that tennis is, after all, just a game.

The vilification of me and my blog (as well as my country, my parentage, and anything else with the misfortune of being associated with me) set in within minutes.

Several commentators suggested that it was “gutsy” to speak my mind, but that now it was time for me to pack up and leave. Others were more specific in their suggestions and not just a little angry about it. Although the show of support was ample and gratifying as well, the hate-posters put me on a state of High Alert (apparently I have an overly sensitive panicometer).

It was then that I got the idea to change my name to Novak Djokovic. If it were MY name too, I reasoned, then I stood a slightly lower chance of being impaled on a Serbian flag and stuffed full of tennis balls by the gathering lynch mob. In the same way, if this had happened in America, I might change my name to George Washington. Who would want to be known as the guy who shot the Father of his Country?

Who would want to be the guy who strung up Djokovic?

Henceforth, therefore, my name shall be Novak Djokovic. I will be allowed to tell Djokovic jokes. I will be able to stand up and tell the rest of the country that we were talking about TENNIS, people! I am not running for office (yet), but I did kick Nadal’s culata all over the grass courts. Can we get back to THAT?

In the meantime, the erstwhile blogger known as Chris Farmer would be nowhere to be found.

Can you believe the nerve of that guy?