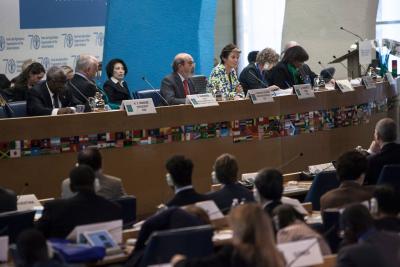 ROME – Dutch Ambassador to the FAO Gerda Verburg could be made an assistant director general of the UN agency in a quid pro quo for pledging not to stand against Director General José Graziano da Silva when he ran for re-election in June, diplomatic sources say. Ms Verburg, a respected former Dutch Minister for Development and publicly declared lesbian who married her female partner three years ago, had been considered by many OECD countries an ideal candidate to challenge Graziano since he downgraded gender equality as a priority at the UN agency.

However FAO sources said Ms Verburg last year wrote a letter to Graziano reassuring him she was not planning to run against him. MS Verburg now is expected to be named assistant director general for the economic and social department at the troubled agency.

”This was certainly the case with the new German director in the natural resources department just before the DG's election. This was done to sway the German vote.”

Ms Verga strongly denied the speculation however. ”I didn’t receive an offer from the Director General of FAO to become an Assistant Director General,” she told the Italian Insider.

“I don’t expect such an offer as well.”

“I’m very happy in my current position as Ambassador/PermRep of the Kingdom of the Netherlands, combined with my position as Chair of the Global Agenda Council on food and nutrition security of the World Economic Forum (WEF),” Ms Gerda said.

The speculation about the pending appointment of the highest-ranking lesbian in FAO history came as the trial was due to open in the Rome Tribunal Nov. 4 of the Italian Insider's chief editor on charges of defaming the reputation of three senior FAO managers and a former FAO manager as well as bringing the august famine-fighting agency itself into disrepute.

However at the court session the presiding judge postponed the opening of the proceedings until May because of procedural errors in the notification of plaintiffs of the trial date.

Observers described the attempt by Graziano and his cronies to use Italy's antiquated penal code under which editors can be sentenced to prison terms and receive heavy fines for criticising or poking fun at public figures as an attempt at intimidation that contravenes the UN's enshrined protection for whistleblowers.

Numerous ambassadors to the FAO prolong their sojourns in Rome's lotusland by accepting lucrative offers to join the agency or one its sister agencies, the WFP or IFAD, meaning that they usually are loathe to criticise its performance as diplomats lest it jeopardise their chances of a sinecure.

In another development Mauro Pace, the General Secretary of the Union of General Services Staff (UGSS) of FAO and WfP, sent an open letter on Nov. 5 to Dr Graziano demanding he give urgent attention to what he called ”disheartening” relations between staff and management at the UN agency.

”Despite numerous attempts to establish a climate of trust and cooperation, no concrete advancement has been made ... Staff representatives are at the receiving end of executive decisions takien by other actors in the Organisation, in absence of negotiation or consultation.”

”Social dialogue at FAO is currently suspended. We believe that it will not be revived without your intervention or, eventually, that of FAO Governing Bodies.”

Signor Pace complained that job vacancies are not being filled. ”Not a single GS vacancy has been filled yet and the problem has rapidly worsened.”

”The list of vacancies and the terms of reference of GS posts available for recruitment are treated as top-secret information, beyond any logical justification since they are public information.”

Pace also lamented that retired people were being used to meet the personnel shortages at the FAO.

”In order to face this self-induced emergency divisions are encouraged to recruit retirees. FAO is already contracting a number of retirees on a regular basis, encouraging the double-dipping in the Pension Fund and the funds of the organisation, depriving younger generations of proper employment opportunities and undermining internal knowledge management,” Signor Pace said.

The union leader also said that he had been subject to an ”unacceptable act of intimidation and harassment” through the disclosure on the main page of InFAO of perssonal and confidential information regarding his request for separation on agreed terms.

”One should wonder why, out of some 80 requests for agreed terminations received, only my case was publicly disclosed. Whatever the intent, the Organization failed its responsibility to safeguard the confidentiality of the matter,” Signor Pace claimed. 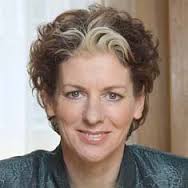