How to buy safely an Italian restoration property 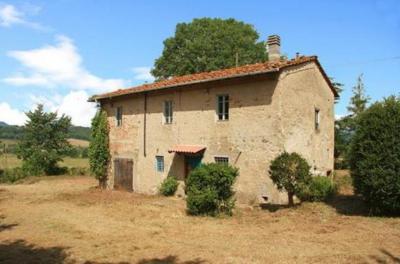 A farmhouse to restore in the Veneto

ROME - The well-publicised offer from the Sicilian town of Gangi to give away properties to restore for free was a reminder of the enduring appeal of buying an Italian ruin and watching it develop into the home of your dreams.

Naturally, there were catches – overlooked by many who joined the worldwide rush to take up the offer.

First, buyers had to agree to restore the properties within a few years.

Second, restoration costs are never negligible, especially as the homes in question were derelict and in a long-abandoned 13th century village.

Third was the location itself — remote and around 1½ hours from the coast, making resale, certainly to overseas buyers, nigh on impossible.

The episode highlighted many of the key rules for buying a property to restore in Italy.

The first thing to decide on is location.

In general, the south is more affordable than northern and central regions such as Tuscany and Umbria (although parts of Piedmont in the far north-west buck the trend by often matching the south for affordability).

But you should consider other factors. You may be drawn to the idea of setting up roots in a town in the middle of Sicily where your ancestors emigrated from in the 19th century.

But its remoteness may prove a disadvantage should you decide to sell later on.

Many buyers may also be reluctant to invest in areas susceptible to earthquakes.

Since the 2009 L’Aquila disaster in central Abruzzo, regulations to make buildings earthquake-proof — and the enforcement of these regulations — have been significantly tightened. If you are drawn to Abruzzo but remain concerned, the coastal areas are minimal risk.

For major renovations, it is obligatory to incorporate seismic reinforcements to buildings, called Unità Minima d’Intervento/UMI). These can add anywhere from 15-25% on top of costs.

Additionally, if you are unfamiliar with Italy, it would be a good idea to spend a few days in various regions to ensure you’d be comfortable buying a home there.

Once you have decided where to buy, the next step is what to buy.

An Italian real estate listings website such as this one will give you a good idea of what’s available and where.

As a rule of thumb, it’s safer to buy plots with buildings/ruins already on them, which you can then knock down or remodel. The benefit is that you know the plot has already been categorised as building land.

Ensure you do not make the mistake – which has been known – of buying land classified by authorities as for agricultural purposes as you then face a nightmare trying to get the classification changed.

Then consider costs and financing.

Headline costs can be very seductive. A townhouse needing to be fixed up can sometimes cost as little as €5,000 or less. Of more importance is the cost of restoration.

Budget at least €450 per sq m in cheaper parts of Italy such as Abruzzo and Molise, rising to anything up to €1,800 in pricey Tuscany.

Installing a swimming pool can set you back around €25,000. And if you’re buying in the countryside and need to construct a passable access road, this can cost up to €100 per metre.

Hire a geometra/surveyor to carry out an in-depth survey and you a more precise estimate of total costs. His/her fee can be anywhere from €500 to €1,500.

Owner-financing is almost unheard of here, so you will either need to be a cash buyer or obtain an Italian mortgage. One company that handles mortgages for overseas buyers is the The Property Organiser.

Italian banks will typically offer loans of up to 70 per cent on the combined value of the property in its existing state plus building costs.

Note that mortgages are generally unavailable for total ruins, for properties under €100,000 or if you do not already have a building project approved by the local authority.

The bank will typically release funds to you at various stages of completion of the work.

Then there is the issue of planning permission.

Don’t make the mistake of trying to proceed without it as illegally constructed houses or parts of houses become virtually impossible to sell later on.

Get your geometra/surveyor to draw up your building plans and hand them to the local authority for approval. This can take six months or longer and cost up to €12,000 for larger projects. They are typically valid for three years and can be renewed for a further two.

Your estate agent should be able to recommend a number of reliable builders. As is the case anywhere in the world, get at least three quotes and try to see their work in person. References from previous clients never hurt either.

Construction projects, particularly in Italy, have a nasty tendency to run over-budget. Guard against this by getting your surveyor to draw up a contract with the builder stipulating a deadline and costs, with penalties if these are breached.

If you are unable to personally oversee the work, your surveyor should be able to do this for you, sending you detailed notes and photos/videos to keep you abreast of progress.

When work is complete, you will again need to inform your local authority, who will issue the appropriate certification. 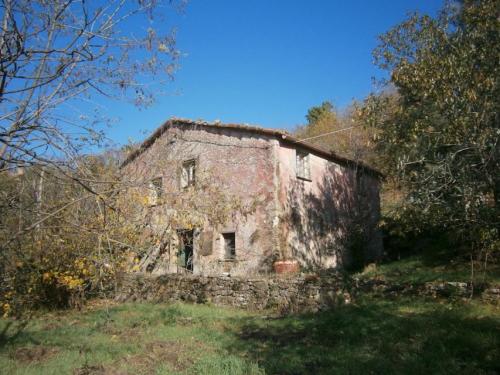